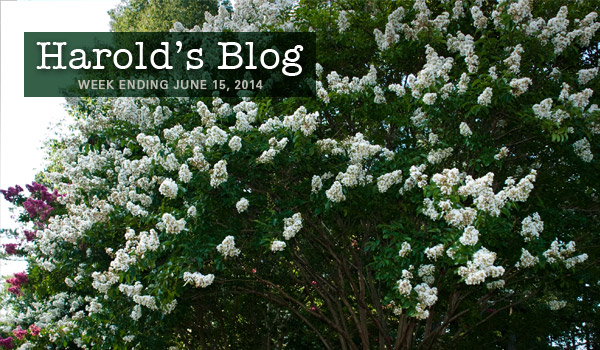 Cary, NC — This week was my first week back after a two week vacation.

I started Monday with phone calls to council members to hear their concerns or questions about the agenda for Thursday’s regularly scheduled council meeting. I was able to contact all but two council members.

The agenda had 18 consent items, two public hearings, and two discussion items. There was very little that council members had to say about the agenda.

Later in the day I met with management, administration, legal, and other staff members to go over the agenda. Our meeting lasted about 15 minutes. I was informed that there were two items for closed session and so I predicted that our meeting would end around 8 PM.

Later Monday I met with the town manager to go over several items. Most of our discussion focused on economic development and downtown projects.

Tuesday I met with members of the Sigma Tau Omega Omega Chapter, Alpha Kappa Alpha Sorority. This great group of ladies spent a lot of time in our community helping others and making it a better place. God bless them! In our meeting we took photos of me presenting a proclamation to them.

Tuesday evening the council held a quasi-judicial meeting to hear a site plan proposal for a Freddy’s Restaurant on the Searstone site. Quasi-judicial hearings are different than regular public hearings in that they resemble a court hearing where testimony is presented. This also means that council is very restricted on what they can consider or not consider in making their decision.

While almost all council members expressed disappointment with the way the Searstone corner turned out (with tire store, drug store, fast food, etc) we felt that we had no choice but to approve the site plan because it met all criteria. Our meeting lasted less than an hour.

Thursday started with two work sessions. The first work session was on the 2015 recommended budget. Our only talking point was about the loss of revenues from the Privilege License Tax that is being eliminated by the NC Legislature. It will cost the town $152,000 this year which the budget director believed can be absorbed without changing the budget. However the revenue loss is projected to be a $1.7 million next year which will require significant action from the council to make up the loss.

Our second work session was on tree protection regulations. The town has had a tree protection ordinance for about a decade. There have been complaints by developers that the ordinance prevented development and complaints by others that the ordinance didn’t protect trees. The staff, Planning and Zoning Board, and several stakeholders worked for several months to create changes in regulations for the town’s tree ordinance. These included the definition of a “Champion tree” which was defined as 40 inches or greater for pines, 32 inches for upper story trees, and 12 inches for understory trees. Council agreed to proceed with these definitions. Then a priority list of what to protect was presented. Council stated that streetscapes and prominent locations should be the highest priority. Council also provided recommendations on modifications and reductions of requirements for design flexibility. This list would impact what could be negotiated by staff and what would have to come to council for a decision. Council eliminated several of these staff approval modifications preferring that most come to council for a decision. Staff will now take council’s feedback and create a proposal for council’s review in about a couple of months. Then it will go to the public for feedback.

Thursday night the council held a regularly scheduled council meeting. The council heard from several citizens during the budget public hearing about supporting a vert ramp in the SK8 park. Under the discussion portion of the meeting council discussed a proposed rezoning next on Highway 55 next to I540. What is being proposed is a development similar to Inside Wade. While the product is excellent council will have to decide if it is worth replacing a primary location for future office. Most of our meeting time was spent in closed session going over 7 items. Our meeting lasted until about 10:15.

Friday I participated in the North Carolina Metro Mayors Coalition meeting. The Asheville mayor talked about a recent lawsuit which allowed the city to keep the water plant. The Chapel Hill mayor talked about the recent lawsuit decision which prohibits them from banning cellphone use. The North Carolina Metro Mayors Coalition staff reviewed current legislative bills that could impact all municipalities and the NC House budget.

Saturday I attended a Health Fair put on by the triangle Hindu Temples (SV Temple, HSNC and BAPS). Each year they provide fee medical services for any and all that seek it. This year over 60 doctors donated their time and talents to help over 700 people including blood analysis. This great event gives back to the community and makes us a better place. God bless each and every one that participated.

Saturday afternoon my wife and I were guests of SAS Institute at the US Open. What a treat. Since the SAS tent was close to the NC tent I was able to see the Governor and Secretary of State talking with folks. I was unable to get over to say a few words. The weather was perfect and the golf was great. What a great event for our state to host and what an economic boost. I hope you were able to see some of the tournament.

In emails from the last two weeks the N.C. Department of Transportation will make improvements on 23 miles over 13 Wake County roads. The work for this contract can start as early as July 8, with a portion of the project completed before mid-August, and all roads will be done by the end of June 2015. Among the roads set to be resurfaced are:

Because several of these roads are busy commuter and commercial routes, work on those sections will be done at night, with no lane closures or restrictions allowed between 6 a.m. to 9 a.m., and 4 p.m. to 7 p.m., Monday through Friday.

In emails from staff this week we were notified that the repaving of Walnut Street from Kildaire Farm Road to Cary Town Boulevard will begin this week. This is the section that was previously considered for a median which was strongly opposed by residents in the area.

This week’s activities include a mid-year state of the town address at Searstone, a Wake County Mayors Association meeting, a Capital Area Metropolitan Planning Organization meeting, and the 10th anniversary party for Cary Magazine.

My next post will be on Sunday, June 22nd. Although I have Facebook and Twitter accounts those are not the best means of communications with me. Please send all Town of Cary questions or comments to Harold.Weinbrecht@townofcary.org and email personal comments to augustanat@mindspring.com.