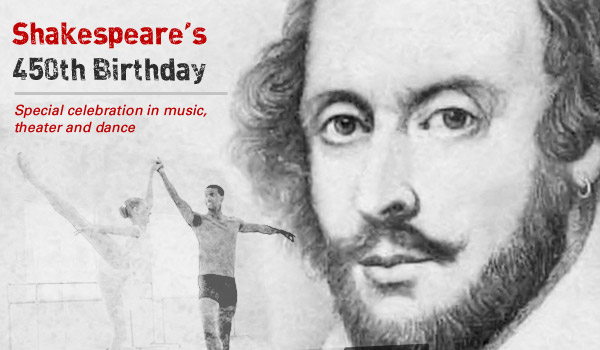 Cary, NC — In celebration of the 450th anniversary of the birth of Shakespeare, The Cary Arts Center will host As You Like It, a unique collaboration between the Triangle Youth Philharmonic and International Ballet Academy (IBA). The performances are scheduled for August 9 and 10 in partnership with the Town of Cary.

The Town of Cary made this special celebration of Shakespeare possible when there was an opening in the busy Cary Arts Center schedule. The Town approached the groups to collaborate on a performance. The chance to be in the Arts Center and to create a collaborative performance was “too good to pass up” according  to Margaret Partridge, executive director of the  Philharmonic Association, the parent organization of the Triangle Youth Philharmonic.

The two groups have worked together in the past for holiday performances, producing excerpts of the Nutcracker in Meymandi Hall in Raleigh. These live performances always bring challenges.  For instance, most venues do not have an orchestra pit, so the large group of musicians (as many as 100) are crowded in front of the stage, and there is little time for rehearsal together with the dancers.

For this production, a chamber group of 33 musicians will be selected from the hundreds of young musicians in the Triangle Youth Philharmonic.  The challenge is finding the best, who are also available during the summer because many talented musicians will be leaving the area to attend band camps for their high schools.

Several of International Ballet Academy’s dancers also leave the area during the summer to attend ballet intensives in ballet schools around the country. Christina Fanney, has announced that IBA alumnus, Preston Chamblee, who recently was awarded  an apprenticeship with New York City Ballet, will be performing along with dancers from their Advanced level during this summer’s  intensive  program.

Fanney added: This is a wonderful opportunity for students studying at IBA this summer to learn original choreography and to have the amazing experience of performing on stage with an orchestra and be a part of a premiere!

Partridge says the performance will include three pieces inspired by the works of Shakespeare each accompanied by original ballet choreography being created by Rossana Nesta Gahagan of IBA. The pieces include “Baroque” by Purcell, which depicts Shakespeare’s “Mid Summer Nights Dream”, a modern piece by Michael Nyman based on the “Tempest”, and after an intermission the evening will conclude with the debut of Michael Daughtry’s “As You Like It”.

The groups are excited for the opportunity to perform this piece that has never been recorded or performed live. In fact the choreographer and dancers have to listen to the a computer rendition of the musical score in order to create the dances and rehearsals. They will hear it live when they are all together on stage for their dress rehearsals in early August.

Loge seating available at $10, Orchestra and parterre seating at $15

Bill Fletcher on the New School Year
Scroll to top