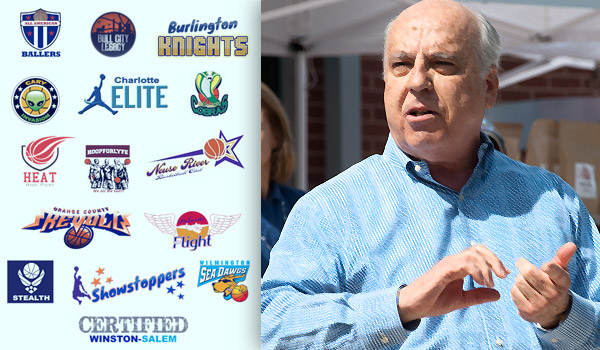 Gawf comes from an extensive background in city planning and development that has included work with professional and collegiate sports organizations in markets such as Boulder CO, Scottsdale AZ, and right here in Cary NC.

Gawf’s background is ideally suited to help the Tobacco Road Basketball League (TRBL) meet its goals of creating stronger corporate and political relationships for the League, as well as cultivating league-level sponsorships.

Routine league operations will continue to be managed by member teams with the Commissioner presiding as needed for other business. TRBL-Co Founder Mark Janas explains:

We’re pleased to have Ed on-board in a more formal capacity. He has been close to the League since it’s inception and understands well how to position professional minor league sports to support community and municipal development. He will be a great asset to the TRBL.

I am excited to be working with the owners and players of the TRBL as we continue developing an exciting regional professional basketball operation. Now entering its fourth season of play, with a longer schedule, more teams and tougher competition, my course is set helping the League grow through developing sponsor relationships and keeping sure uniformity throughout the League is maintained…I’m looking forward to a great upcoming season and thankful to the TRBL for this opportunity.

The TRBL is an independent professional basketball league with 15-teams located from Wilmington, NC to Winston-Salem, NC and from Raleigh, NC to Spartanburg, SC. The TRBL showcases some of the finest minor league basketball talent in the country and promotes a “business first” model in minor league sports.

The league will begin its fourth season of play in November 2014. More info: www.trblproball.com