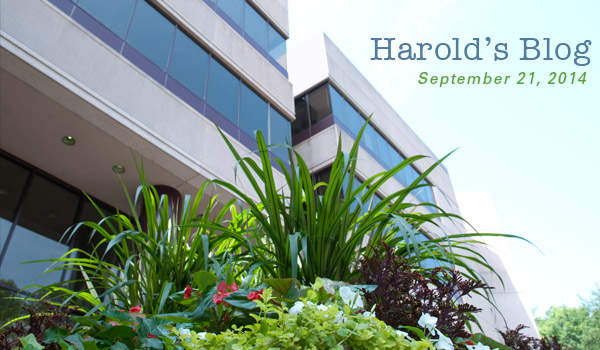 Cary, NC — This was a slower week in the mayor’s office. It allowed me to have dinner with my family a couple of nights which is always nice.

Monday I had a brief meeting with the town manager. We discussed a big economic opportunity coming to Cary that would be announced later in the week.

Monday night I attended a monthly meeting of the Wake County Mayors’ Association. Nine of the twelve mayors were in attendance. Our guest speaker was from Advocates for Health in Action. The purpose of their visit was to make us aware of their organization and offer to help with initiatives related to healthy food and healthy living. We adjourned after about two and a half hours.

Wednesday I attended a meeting of the Capital Area Metropolitan Planning Organization’s Transportation Advisory Committee. This group is comprised of 29 municipal representatives. There was not much on this agenda for action but we did receive presentations on Raleigh’s redesign and rebuilding of the Moore Square Transit Station project and Cary’s North Harrison Avenue Grade Separation Study. The committee had no questions and our meeting adjourned after about 45 minutes.

Thursday I attended the announcement of over 1200 jobs being added by the HCL Corporation in Cary. I, along with Governor McCrory, and a representative of HCL provided remarks. Then, instead of cutting a ribbon, we lit candles which are an Indian custom. I am very excited about the new jobs coming to Cary and it will be a big economic boost for our town. We continue to attract not only jobs but headquarters to Cary. In addition to HCL there are SAS, Deutsche Bank, Lord Corporation, Cotton Incorporated, and more.

Sunday I joined several council members at the annual Parks, Recreation, and Cultural Resources Volunteer Appreciation Picnic at Booth Amphitheater. This was our opportunity to say thank you to over 400 volunteers and let them know that we value their time, commitment, and contributions.

Announcements this week included 24/7 Wall Street’s ranking Cary as the #8 best cities to live in America. In subcategories Cary ranked 4th best in economy, 7th best in crime, 4th best in education, 5th best in housing, 27th best in the environment, 34th best in leisure, and 41st best in infrastructure. To read the entire report go to http://247wallst.com/special-report/2014/09/17/americas-50-best-cities-to-live.

Emails from citizens this week included a concern about the shooting in downtown Cary. He wanted to know if there was a plan for “restoring law and order in Cary.” I assured him that there is and will continue to be law and order in Cary. And while the shooting incident was very unfortunate, Cary remains one of the safest places in the country to live, work, and play.

Being a safe community means we have a very low crime rate but it does not mean we are crime free and incidents like the shooting are possible. Part of the reason Cary is one of the safest communities in the nation is that many of our citizens partner with our police department (the best in the state) to prevent crimes. Crime is everyone’s problem and it is not just a police department problem or the mayor’s problem. If you would like to get involved in making your community safer I would urge you to sign up for the Cary Police Academy and eventually sign up to serve with Citizens Assisting Police or CAP. We have almost a one to one ratio of CAP members to police officers. The CAP team members free up officers to provide more crime protection and are working tirelessly to keep us safe.

In other emails from citizens there was a complaint about the water taste, a complaint about a builder, a cut and paste email from several citizens about burglaries, comments about crossing High Meadow Drive to the shopping center at Cary Parkway and Kildaire, a question about a future sidewalk on Louis Stephens, a concern about a resident who keeps trash in his driveway, and a concern about growth in west Cary.

Next week’s activities include several meetings, a work session on the downtown streetscape and park, a regularly scheduled council meeting, a taping of Cary Matters, a ribbon cutting, and the ground breaking for Jack Smith Park.

Well, that is all for this week. My next post will be on Sunday, September 28th. Although I have Facebook and Twitter accounts, those are not the best means of communications with me. Please send all Town of Cary questions or comments to Harold.Weinbrecht@townofcary.org and email personal comments to augustanat@mindspring.com.

News coverage on Cary Citizen is sponsored in part by Waverly Farmers Market.