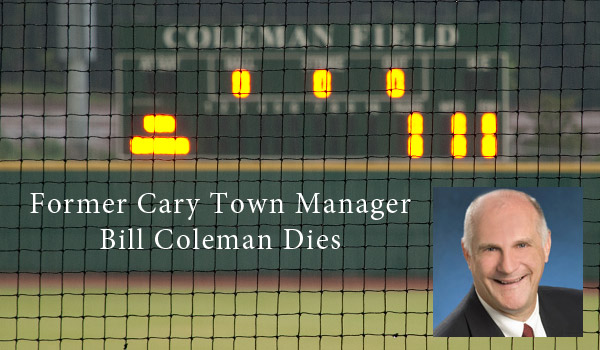 Bill Coleman – A Life of Service

Coleman, a native of Red Springs in Robeson County, NC, worked for municipal and county government for 30 years. He was the town manager for Southern Pines and Pittsboro, and also served as the manager for Chatham County.

Coleman came to Cary as assistant town manager in 1988, moving to the top spot in 1994, where he worked for 14 years.

Coleman served four mayors in Cary, and presided over unprecedented growth in population and services.

After his retirement of government service, Coleman spent the remainder of his career as an industry advisory consultant for SAS.

The USA Baseball National Training Center at Thomas Brooks Park in Cary has “Coleman Field” named in honor of the former town manager.