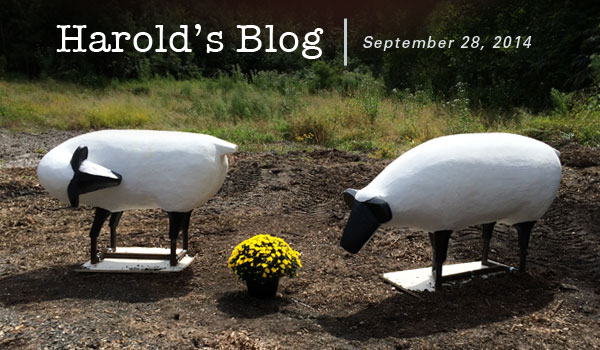 Cary, NC — This week was a regularly scheduled council meeting week which is always busy.

Monday started with calls around to council members to hear their concerns or questions about the upcoming agenda. I was able to get in touch with all council members but Robinson. There were very few concerns and questions expressed and all of us noted that there will be some interesting votes on the rezonings. Later Monday I met with management, directors, administration, public information, and legal to go over the agenda items. Our meeting lasted a few minutes and I predicted the council meeting would end around 8:30.

Monday night the council held a work session to go over the Academy Street Streetscape and the downtown park.

For the streetscape we decided on the granite bench text engravings, paver concepts, street lighting, tree palettes, and tree lighting. We asked staff to come back with information on putting in our on decorative street lights rather than renting them from Duke Energy. Having our own street lights would also allow receptacles at the base for events like Lazy Daze.

In the downtown park part of the work session the council decided not to have a bronze bowl or collars on the fountain (saving over $100,000 in cost). We did decide to have an additional pump and colored lights to enhance the water flow and appearance.

In the garden sections of the park we decided to have active areas for bocci ball, concrete ping pong tables, and concrete chess tables.

Both the park and streetscape should begin construction in the spring of next year. Construction will last until the summer of 2016. During that time Academy Street will only have one lane and will become a one way street. It will be challenging to get through the construction period but I believe the end result will be well worth the trouble.

Tuesday the council held a regularly scheduled council meeting. Normally our meetings are on Thursday but this one was scheduled around the Jewish holiday Rosh Hashanah which started on Wednesday and ended on Friday.

I am not familiar with the holiday so I looked it up. I found that that Rosh Hashanah is the Jewish holiday that takes place on the first two days of the Jewish New Year. The holiday marks the anniversary of the creation of Adam & Eve and is celebrated as a sign of accepting God’s kingship. During Rosh Hashanah a ram’s horn, known as a shofar, is sounded. This is done to represent the coronation blasts used for kings but is also a call to repentance. Rosh Hashanah is also the anniversary of man’s first sin and his repentance thereof, and serves as the first of the “Ten Days of Repentance” which culminate in Yom Kippur, the Day of Atonement. Those celebrating the holiday do so by eating a piece of apple dipped in honey, blessing one another with a specific phrase and saying a special prayer near a body of water.

At the council meeting there were three public hearings and six decisions that were discussed. The Public Hearing for the Keller property on Stephens Road (near Crossroads) drew about two dozen speakers. Most were opposed to the proposed rezoning for townhomes because of traffic, density, and stormwater issues. Since this proposal has a valid protest petition it will take six council members to approve the proposal when it comes back to us for a vote sometime early next year.

Council also approved a motion to call for a public hearing to change the Land Development Ordinance requirements on the Walnut Street Corridor. If these requirements are changed then it is likely that the trailer park along Walnut Street will be redeveloped.

Council approved the Stitt property along Green Hope Church Road. This single family development was proposed with less than three units per acre which is much less than the eight units an acre which was the maximum density allowed. Unfortunately the local paper, in their never ending attempt to create controversy, inaccurately reported that we rezoned to the maximum rather than the minimum despite residents’ concerns with overcrowded schools.

It is important to point out that the council doesn’t have the authority to stop growth and that rezonings are decisions on a type of growth and not a decision of whether or not to allow development. Every vacant parcel of land can be developed without council approval as long as the match the current zoning. And since our job is to decide the best use of the land I believe this particular decision was a good one since it was at the minimum density. In addition, denying a rezoning based solely on school capacity can be viewed by courts as arbitrary and over turned especially since we don’t have authority to regulate schools. What we do need is to help the school overcrowding county commissioners to fund schools that have been planned for years this area.

In another decision the proposed rezoning for single family houses on High House was also approved with much less density than is allowed.

A decision to rezone townhomes along Holly Springs Road near Tryon Road was also approved. I voted against this proposal because it was six units an acre when the land use plan called for density that could be three units an acre.

In other decisions the council approved a mutual aid agreement with Raleigh. This included purchasing a pipeline along Holly Springs Road eliminating the need for the town to build one. Council approved an additional member to the Aging Issues Task force which should finish their meetings by the end of the year. The council meeting adjourned around 9 PM.

Wednesday started with the sad news of the passing of former town manager Bill Coleman. I had the good fortune to work with Bill when I served as a council member and as a mayor. I also got to know members of his family very well through church. I teach alongside his former wife Kay and had his son Ben and daughter Nicole in my Sunday School classes over the years. My thoughts and prayers are with Bill’s family as they grieve his passing. Here is a copy of the statement I released to the media that asked for comments from me:

“Our hearts are heavy today as we grieve the passing of Bill Coleman, a wonderful man and outstanding public servant who was Cary’s Town Manager from 1994-2008.
We owe a tremendous debt of gratitude to him for leading Town staff in helping create the Cary we love today by expertly and tirelessly bringing to reality the Council’s vision for this great place he and we call home. Truly, Bill was a unique man, a real force of nature for all that he loved, from his son, Ben, to baseball to friends and fun, and, of course, the very, very best in local government.”

Bill will be sorely missed by many.

Wednesday afternoon I was joined by council member Jack Smith for the taping of the October episode of Cary Matters. Our main topic was about the newly revised tree ordinance. We also talked about burglaries and the future of Louis Stephens Drive. Our taping lasted a little over 30 minutes.

Later Wednesday I met with the General Manager and Golf Couse Superintendent of MacGregor Downs Country Club. They are having an issue with the vagueness of the town’s noise ordinance. The ordinance gives an exception for golf courses to begin maintenance starting at 6 AM rather than the normal noise ordinance hour of 7 AM. However, the ordinance exception on refers to greens. So they and the other golf courses in Cary would like it changed to allow maintenance from tee to green starting at 6 AM. I presented this information to the town manager who is investigating the ordinance before anything else is done.

My last meeting Wednesday was with a group of investors who are looking to create a public private partnership in a sports venue venture. I was joined by the town manager and the Vice President of Economic Development. We listened to their concept and asked them to come back with more information.

Thursday I attended the Governor’s “1000 for 100” initiative which was kicked off by the Governor and Secretary of Commerce Decker at Deutsche Bank in Cary. The initiative is a fact-finding tour in which local workforce development teams will visit 1,000 businesses throughout North Carolina’s 100 counties during the next 100 days to learn the skill sets the state’s economy demands. The “1000 in 100″ initiative is part of the new NCWorks program which essentially put all of the state’s workforce development efforts under one roof.

Saturday morning I attended the first ever Dragon Boat festival held at Regency Lake and Booth Amphitheater. I provided remarks with several other dignitaries. The purpose of the Dragon Boat festival was to celebrate Asian culture, diversity, ethnicity, roots and history. It was a great time with Asian offerings in food, stage performances, cultural exhibits and merchandise. Next year’s event promises to be bigger and better.

Saturday afternoon I had the privilege to attend the ground breaking of the Jack Smith Park near Penny and Holly Springs Road. What is being built is the first phase of this 50 acre park. It will be our town’s southernmost park and will include several unique features. Outside of the usual playground, picnic shelter and greenway trails, the park will be home to a climbing wall, the Town’s second dog park, and our first Sprayground which will be fun especially on hot days. The park’s first phase is scheduled to open next fall. The layout of the first phase can be seen at http://www.townofcary.org/Assets/Parks$!2c+Recreation+and+Cultural+Resources+Department/Planning+and+Design/bartleyparksiteplan.pdf. To see the full layout of all the phases of the completed park go to: http://www.townofcary.org/Assets/Parks$!2c+Recreation+and+Cultural+Resources+Department/Parks$!2c+Recreation+$!26+Cultural+Resources+Department+PDFs/parks/masterplanrender.pdf.

Sunday I joined Mayor Pro-Tem Adcock and Council member Bush in a community meeting at Stonewater with about 50 residents to discuss ways to make their community safer. I started with a few remarks that basically said:

“Even though Cary may be one of the safest communities in America that doesn’t mean much if you don’t feel safe. And safety is not only a police department issue or a mayor issue but everyone’s issue. It takes a partnership to make a safe community.”

The overall atmosphere was positive and I believe Stonewater will continue to look for ways to work with our police department to become safer.

This week’s activities will include a joint meeting of the council with boards and commissions, a quasi-judicial hearing, the Green Hope High homecoming celebration, the fall litter sweep, a celebration event at Dorcas, and a private preview of the new T.MAC restaurant in Cary.

Well, that is all for this week. My next post will be on Sunday, October 5th. Although I have Facebook and Twitter accounts those are not the best means of communications with me. Please send all Town of Cary questions or comments to Harold.Weinbrecht@townofcary.org and email personal comments to augustanat@mindspring.com.