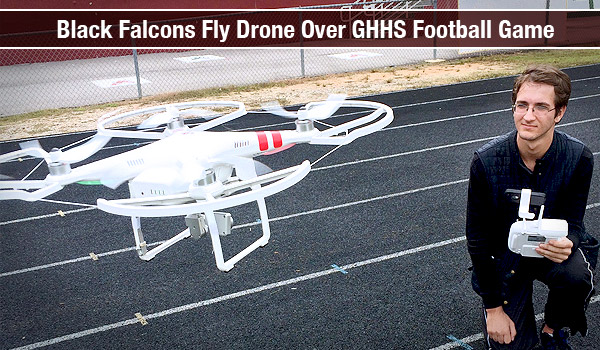 Cary, NC – The Black Falcons, a Green Hope High School Cyber-Security club, needed to do something to raise awareness, so they arranged to fly a video-drone over the homecoming football game. Now they are making a national splash.

Green Hope High School’s Black Falcons flew a drone to record and stream the Homecoming Football game Friday October 3rd, 2014. A team of Black Falcon members helped man the controls, landings, launchings, and the stream during the Drone’s stay at the Green Hope field. The head pilot and leader of the mission was Tomaz, a veteran member of the Black Falcons. You can check a recap of the stream here : http://www.ustream.tv/channel/ghhs-blue-falcons-stream.

Maybe it was the unlikely connection between jocks and nerds. Not so unlikely at Green Hope, maybe.

According to WNCN, it’s the first time a high school has live-streamed a football game from a drone. USA Today picked up the story.  CNN might visit a game.

The Black Falcons are scheduled for another live-stream from the sky. From their blog: 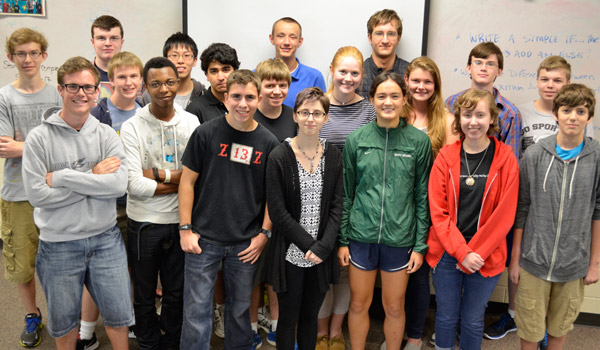