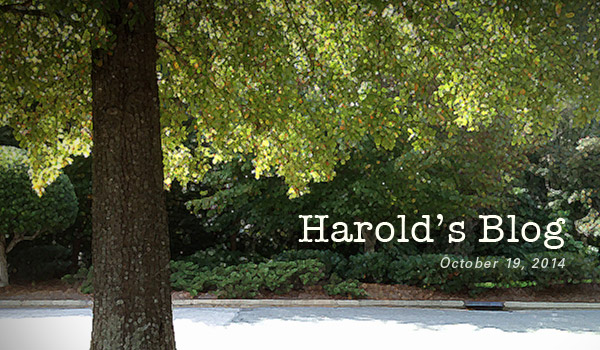 Later in the day I met with management, directors, administration, legal, and public information to review the agenda. Our agenda review meeting was quick and I predicted that the council meeting would finish by 8 PM.

Tuesday I was interviewed by a News and Observer reporter about School Impact fees. This was an innovative idea the council tried in the early 2000s that was struck down by the courts. It would have helped fund school seats with direct correlation to growth. The legislature, heavily financed and lobbied by the homebuilder industry, has not given authority for school impact fees since 1989.

I also interviewed with a Durham Herald reporter about the Lake Crabtree Park trails on Tuesday. I pointed out that we were not a decision maker and that we expressed our concern of development to the RDU Airport authority in July.

Wednesday I attended the Capital Area Metropolitan Planning Organizational (CAMPO) meeting of the executive board. The executive board is responsible for approving an annual work program, a portion of which includes updating the Metropolitan Transportation Improvement Program (a seven-year project programming schedule) and the Long-Range Transportation Plan (a minimum twenty-year forecast of projects and programs).

This meeting was relatively short with the review of point prioritization for road project taking most of the time. Those projects will be finalized at the next meeting.

Thursday, the council held a regularly scheduled council meeting. The two rezonings, Wackena Road and Indian Wells Road, were slated for discussion and decision but instead were tabled at the request of the applicant.

The Dellinger proposal was to rezone from office and residential to just townhomes and connect Tryon Manor Road to Piney Plains. After much discussion the council decided to let this go through the process even though it had reservations. Council concerns included the loss of office and the overwhelming number of multi-family units in the area. If this proposal comes back to council for a decision as townhomes as proposed then council expressed an interest to change the comprehensive transportation plan to eliminate the connection to Tryon Manor Road. If the proposal fails and the parcel eventually develops as office then I believe council will keep the connection. This proposal is scheduled to next be discussed by the Planning and Zoning Board. Council will likely make a decision on this early next year.

The Habitat rezoning proposal was pulled from the consent agenda by council member Frantz so he could vote against it and express his concern about the shared driveway. Council discussed the pros and cons of a shared driveway and the rezoning was eventually approved with Frantz being the dissenting vote. The council meeting adjourned around 8:30.

Saturday I met with Congressman David Price to talk about issues in Wake County. One issue we discussed was transit. Our meeting lasted about 45 minutes.

Saturday evening I gave remarks, read a proclamation, and enjoyed the celebration at the 14th annual Cary Diwali at the Koka Booth amphitheater. Diwali is the Indian festival of lights and has grown into the biggest multi-cultural event in Cary. This year’s theme was “Be a light unto yourself.” Over 13,000 people attended this year’s event and many of those stayed through the evening to see the main performance by Indian Idols Sandeep Batraa and Mauli Dave. The performances were fantastic and the place was rocking. The evening finished with a fireworks display. Everyone seemed to really enjoy themselves.

In kudos for the week, the American Institute for Economic Research ranked Raleigh-Cary #3 among mid-sized metros for “Best U.S. cities for college students.”

Emails from staff this week included an update on the Crabtree Park trails. Staff was told by Wake County that a lease extension from RDU for the 148 acre portion of Lake Crabtree that is currently used for mountain biking and hiking has been signed. The signed lease extends the term to 2025 with one-year automatic renewals. The lease retains the 45-day written notice of termination that was in the original agreement. The Wake County Board of Commissioners will vote on the lease extension on Monday, October 20th.

Emails from citizens included a complaint about a broken sidewalk, a request for a bike path, requests to support and deny rezonings, a complaint about the Mayton Inn financing, and several comments about the RDU’s contract with Wake County about Lake Crabtree Park and trails.

This week will be dominated by events hosting guests from Ireland and other parts of the world and a Mayors Association meeting.

Well, that is all for this week. My next post will be on Sunday, October 26th. Although I have Facebook and Twitter accounts those are not the best means of communications with me. Please send all Town of Cary questions or comments to Harold.Weinbrecht@townofcary.org and email personal comments to augustanat@mindspring.com.