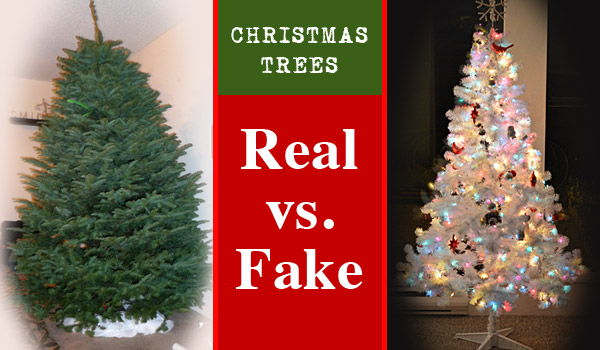 Cary, NC — It’s December, and Christmas trees are starting to pop up in the homes of many Cary families. Before you dig last year’s artificial tree out of your garage or head to the store to buy one, check out the benefits of purchasing a real Christmas tree instead.

Last year, more than 94 million American households, or 79% of households, displayed a Christmas tree in their home during the holiday season.

Of those trees, about 80% were artificial and about 20% were real.

The logic behind this is understandable.

People choose to display artificial trees for many reasons, some being cost, re-usability, geography, and convenience. Almost everyone has become frazzled over the tangled stands of lights and dropping pine needles that come with real trees–I know I have.

In an intensive study, ACTA conducted a comprehensive life cycle analysis that studied the environmental impact of a real tree compared to an artificial. Surprisingly, the study concluded that neither tree significantly harmed or benefited the environment in its one life cycle.

In other words, the negative environmental impacts of either tree are relatively small when compared to activities like driving a car. The problem arises when you look at the significant number of people who purchase artificial trees instead of real.

It turns out that there are some pros to buying a real tree this year. Your vacuum cleaner may not thank you, but the environment will.

Despite the ACTA’s findings, overall, it is best to purchase a real Christmas tree for your home.

Another tree life cycle analysis conducted in Canada reported that households would need to re-use their artificial tree for 20 years before it could be considered more environmentally friendly than a classic evergreen.

According to ACTA, the average lifespan of an artificial Christmas tree is only ten years–if it is even used for that long.

Even though artificial trees come pre-lit and relatively hassle-free, they are made from PVC (plastic polyvinyl chloride), which releases the toxic chemical dioxin during its production. If the Christmas tree ever burns as a result of a fire, dioxin could be released again.

Many artificial trees also contain lead, and they can’t be recycled.

It is true that real Christmas trees can pollute waterways with pesticides, but surveys by the North Carolina State University Cooperative Extension show that pesticide use on NC tree farms has fallen substantially. Additionally, our state is one of the best in which to buy trees.

North Carolina is the country’s second-largest Christmas tree producer, and most of the trees are grown on plantations rather than taken from a forest–so buying them supports local farmers. Also remember that real trees are biodegradable–at the end of the holiday season, they can be used for mulch and other purposes.

People want to help the environment, but saving money is also important.

Real and artificial trees both come in a wide variety of sizes and prices, so there is no exact formula to determine which choice is the better deal. I have seen average-sized artificial Christmas trees (six to eight footers) priced anywhere from $100 to $350 in stores. That being said, I’ve also seen some beautiful six footers on sale for only $30–quite the deal.

In the end, it’s probably cheaper to re-use your artificial tree each year than to buy a real one–but only if you re-use the tree for at least several years.

I know that I prefer real trees and, even though I end up tangling the Christmas lights each year, the fresh pine smell–and the laughs–make it all worthwhile.