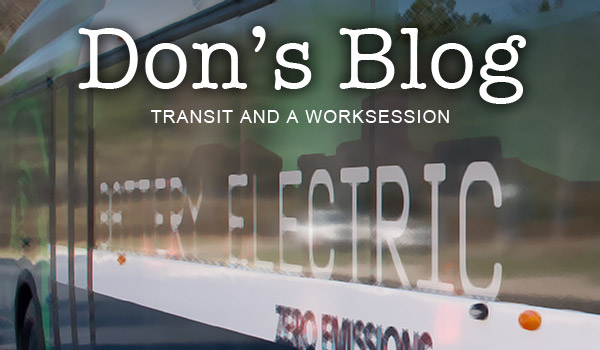 Cary, NC — Merry Christmas and Happy Holidays! Got your shopping done yet? Ya, me neither. I had the privilege of attending the Heart of Cary Association’s Old Time Winter Festival and the Town of Cary’s Christmas Tree Lighting Ceremony last week.

Unfortunately, Mother Nature was a Grinch as it was cold and rainy pretty much all day. This was the first year I can remember that we had to host the tree lighting festivities inside town hall. It was the most people we ever had inside council chambers that weren’t angry. ;-)

The council also participated in the 35th annual Cary Jaycees Christmas Parade in downtown Cary. We all rode together on a float (fancy term for my decorated car trailer) again like we did last year. Not only is it a lot more fun than riding separately in cars, we also believe it sends a positive message to the community that we all genuinely like each other and work well together.

I can’t think of any other local governing boards that can really say that. Thanks to everyone with the Heart of Cary Association, the Cary Jaycees and Town Staff for all your efforts to make these wonderful events a success.

Council member Lori Bush and I were selected to serve on the Wake County Transit Advisory Committee. It was the council’s feeling that if we were going to appoint two council members to serve, that it would be best to pick two with somewhat opposing views regarding public transportation.

Now don’t get me wrong. I support bus service for public transportation. Rail not so much. Actually, rail not at all. Billion dollar boondoggle if you ask me. And quite frankly it really bothers me that the planners behind this are pushing communities to alter their land use plans and development standards to better accommodate rail.

Improved bus service makes sense. It utilizes existing infrastructure. It is far more cost effective than rail service and, unlike rail, routes can be adjusted or moved based on demand. Once the rail tracks are down that’s it – you ain’t moving them.

So you can imagine how pleasantly surprised I was that after a 3 ½ hour meeting on public transportation, rail was not mentioned once. Now maybe we just haven’t gotten to that part yet, I don’t know, but so far so good if you ask me!

A large portion of the meeting was spent designing our own bus transit system in a fictitious city. Each table was given a map of the city and different color wax sticks that represented bus routes. The different colors represented route frequency – red sticks were 15 minute routes, blues 30 minutes and green 1 hour.

You were only given a certain number of wax sticks to represent a budget – once you ran out of sticks you ran out of money. The fictitious city had a high density downtown, a university, employment centers, suburbs, and a low income area.

Each table engaged in a priorities discussion about where their transit system should go and why, and then proceeded to place the wax sticks on the maps to represent bus routes. It was an interesting exercise as, out of 16 tables with the exact same map and number of wax sticks, no two transit proposals were the same with some being worlds apart.

We then had a group discussion about the reasoning behind each table’s transit system and the pros and cons of each. Consultants and planners will use the group’s input as they continue to work on Wake County’s transit plan. This was our first meeting – we have more to come. I’ll keep you posted.

The council held a worksession this past week where we discussed a number of topics to include whether or not to appoint a replacement for the soon to be vacant District D seat, tree protection enforcement, land development topics, mass grading, lot sizes and density, townhome recreation standards, connectivity and a partridge in a pear tree.

The council decided not to fill the vacancy created by Gale Adcock’s election to the North Carolina House of Representatives. You, the voters, will decide next fall. The majority thinking was that by the time we got through the holidays, took applications, conducted interviews and ultimately made a decision, we would be into spring.

Candidates would be gearing up for council campaigns in summer. This would not leave much time for a newby to come up to speed before they had to turn around and run for election…assuming they’d still want the job. ;-) The council also expressed concerns about giving someone a leg up in next year’s elections.

Some council members also felt that with three at-large council members – one of which lives in District D – that district is still well represented on the council. And the reality is that all council members represent every district in town. Heck, 80% of the stuff I vote on isn’t in my district – same with everyone else. The concern about possible tie votes wasn’t really an issue either, as we rarely ever have 4-3 votes now.

The general thinking among council members was to clarify the existing ordinance to remove any ambiguity, revisit the appeals process and better inform property owners of Cary’s tree protection requirements.

The council’s favorite topic! Staff was seeking further direction on potential changes to the town’s connectivity ordinance and presented a potential tiered approach to when the town would require road connections to adjacent properties or neighborhoods.

The town’s existing connectivity ordinance was created in 1999. Properties developed prior to that weren’t really designed with future connectivity in mind. This has caused problems when a new development is proposed next to an older development and the town is requiring street connections. Connecting a new road to an existing cul-de-sac tends to tick people off – and rightfully so.

This is a very complex topic given the number of local and state development rules and regulations that impact the amount of land available for developing in a site. The bottom line, however, is that the council and our citizens have concerns regarding lot sizes and mass grading in low density single family housing development.

Are 8,000 square foot lots really what we are looking for in low density development? And how is it that we are still having problems with mass grading given our existing ordinances?

What the town has discovered is that smaller lots are more likely to get mass graded while larger lots are not. Makes sense really. With a tiny lot you almost need to clear the whole thing to have any room to work. Larger lots not so much. Existing rules allow a builder to grade after the building permit is pulled.

Well, it turns out that builders are pulling permits for multiple lots at the same time and then grading them all at the same time. It saves them and, ultimately, the end buyer money. It also totally changes the character and topography of the land and removes mature trees.

The council has directed staff to first investigate requiring minimum lot sizes of 12,000 sq. ft. in low density neighborhoods. The thought is we kill a few birds with one stone – preferably geese. ;-) It would hopefully eliminate mass grading of multiple lots, reduce densities and put lot sizes more in line with the intent of low density zoning.

Believe it or not, we have discovered that the open space and recreation requirements we enacted in 2012 regarding townhome communities are actually working better than expected. I know right? We were shocked too.

We looked at five townhome developments constructed after 2012. They were required to provide roughly 18,000 sq. ft. of open space/recreation facilities. What they actually provided was nearly 340,000 sq. ft. The council decided to do nothing further at this time and then went out to celebrate actually doing something that worked! Just kidding on that last part…maybe. ;-)