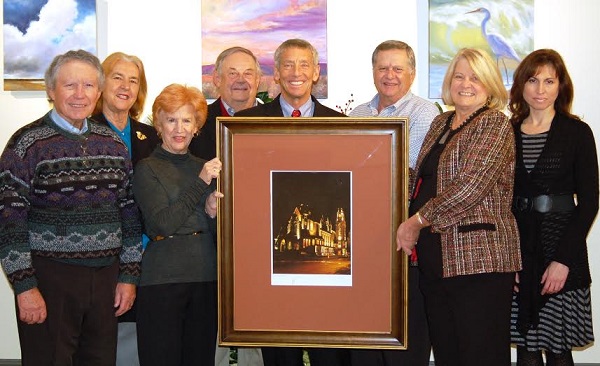 Cary, NC — This week was a slower week, as everything slowed down for the holiday break.

Tuesday I spoke with the town manager briefly about a couple of issues. One was regarding working with another municipality on an issue and the other was about a business within the town.

Tuesday afternoon I met with the town attorney for our quarterly update. We went over about ten pending legal issues. It is my opinion that the town is in great legal standing. Our meeting lasted about half an hour.

This meeting was a presentation of the gifts sent to the town of Cary from Le Touquet, France and its mayor. One gift was a very nice picture of their entertainment venue (like our Page Walker). We are very fortunate to have such gracious, kind, and generous sister cities.

Wednesday I attended the Cary Economic Development Committee meeting. Here are some of the notable items:

The committee also welcomed a new member, Laura Demarse, who is the Associate Dean at NC Central for Career Management and Student Professional Development. Our meeting concluded after about an hour.

It was the opinion of staff that things should not be named after former staff members even though we have Bill Coleman field and Annie Jones Park. Again, we will wait and see how that plays out.

Saturday my wife and I had the joy of attending a ballet performance by the Cary Ballet Company. First we were treated to the “Miracle on Madison” jazz performance. Next we enjoyed a wonderful performance of the Nutcracker. Cary is blessed to have so many talented people.

Saturday night my wife and I had the pleasure of attending a Christmas Carol sing-a-long at former Cary Council member Erv Portman’s house. Thanks to the Portman’s for making this a Christmas tradition for many in Cary.

Sunday my wife and I attended the last Christmas party of the year. Then our family joined council member Bush’s family in celebrating Chanukah. Even though we are not Jewish it was very special for us to share that holiday with them. I feel so blessed to live in a diverse community where everyone embraces different ideas, cultures, and religions.

In accolades this week Wake County Economic Development tweeted that Cary ranks as #1 for the nicest housing market in the US.

Emails this week included a correspondence with school board member Fletcher about capped schools. Though it is only preliminary at this point, it appears that the school board will be considering lifting caps for many of the western Cary schools.

Next week is a holiday week so my duties will be light. Those duties will include the Jewish Cultural festival and a couple of meetings. The rest of the week will be spent enjoying time with my family and writing the state of the town address.

Well, that is all for this week. My next post will be on Sunday, December 28th. Although I have Facebook and Twitter accounts those are not the best means of communications with me. Please send all Town of Cary questions or comments to Harold.Weinbrecht@townofcary.org and email personal comments to augustanat@mindspring.com.

From the blog of Cary Mayor Harold Weinbrecht. Photo from the Sister Cities presentation courtesy of Mayor Weinbrecht.

Rudolph: What You Didn’t Notice as a Kid
Scroll to top