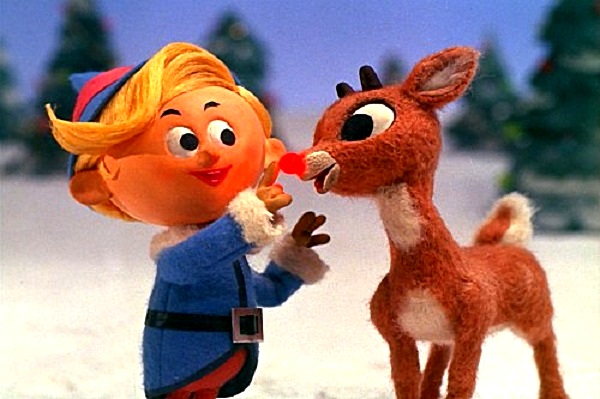 Cary, NC — As a child, I always left nine, not eight, carrots outside on Christmas Eve–especially on foggy nights. I’m sure you can guess why. Even though this tradition has ceased until I have children of my own, I still pay tribute to Rudolph every Christmas by watching him star in the Rankin/Bass 1964 production of Rudolph the Red-Nosed Reindeer.

Nothing beats the classics–especially for me. As a seven-year-old, I loved dancing around the living room to my parents’ Herman’s Hermits CDs and, today, I still consider sixties music to be one of my favorite music genres.

So, it probably makes sense that I look forward to watching the Rankin/Bass Christmas shorts every year–most of which first aired in the 60’s and 70’s. You know, Santa Claus is Coming to Town, Frosty the Snowman, and, of course, Rudolph the Red-Nosed Reindeer.

As I got older, I took a deeper interest in the history of these Christmas classics. I also noticed some interesting–and weird–themes in Rudolph once I did some research. See for yourself.

Rudolph the Red-Nosed Reindeer aired for the first time on December 6, 1964 on NBC. It has aired every year since 1964, making it the longest running Christmas TV special in history. This airing was sponsored by General Electric (GE) under the title The General Electric Fantasy Hour. For awhile, whenever customers purchased any GE product, they received a Rudolph soundtrack album too.

The short has changed since its 1964 airing. When the short was first released, Rudolph and Hermey the elf never fulfill their promise to find homes for the lonely toys from the “Island of Misfit Toys.” After Rankin/Bass received angry letters from children demanding that the toys be helped, they quickly produced a short scene where Santa stops by the island on Christmas Eve to pick up the toys as promised.

This scene has aired every year since 1965.

You hear Burl Ives, the narrator and voice of Sam the Snowman in Rudolph the Red-Nosed Reindeer, quite often on the radio today. This singer/songwriter sung several songs during the short, including “A Holly Jolly Christmas” and “Silver and Gold.” These are still holiday favorites. 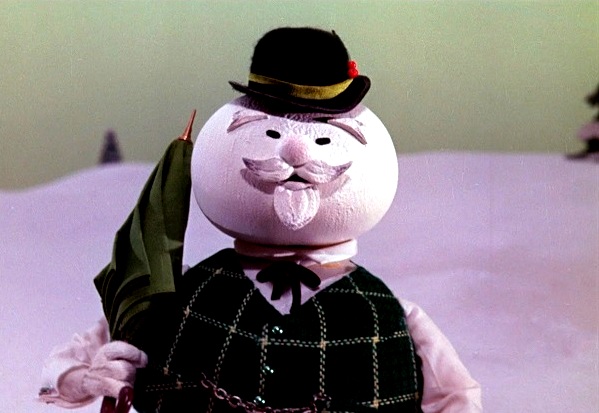 Burl Ives, also known as Sam the Snowman, is quite the singer.

Rudolph was filmed in Japan using a form of stop motion called “AniMagic.” In stop motion, an object is moved in small increments between individually photographed frames to create the illusion of movement. When done with clay objects, this style is known as clay-mation, but dolls with movable joints were used to make the characters in Rudolph.

In the short, Rudolph meets a variety of unusual characters on the Island of Misfit Toys: a train with square wheels, a mis-named “Charlie-in-the-box,” and a bird that can’t fly, among others. Many viewers wondered why another toy, a rag doll, was on the island, as she appeared to have to have no misfit problem.

The answer wasn’t released until 2007 when Arthur Rankin Jr., Rudolph’s producer, announced on NPR that the dolly’s problem was psychological–she had been abandoned by her owner, Sue, and was suffering from depression. That’s why she is called “A dolly for Sue” in the short and in the song “The Most Wonderful Day of the Year.”

Another odd toy-related tidbit–my dad actually pointed this out to me. At the very end of the film, on Christmas Eve, Santa and Rudolph deliver the misfits to children by dropping the toys from the sky once the sleigh is over the rooftops of houses.

They attach an umbrella to each toy before releasing it–except for the toy bird–because birds can fly, right? But this toy bird couldn’t–which is why he was considered a misfit in the first place. Uh-oh.

Real female reindeer–along with female caribou–produce antlers just like the males. But in Rudolph the Red-Nosed Reindeer, only the male deer have antlers. They are also a darker shade of tan than the females.

The jolly old Santa that we all know and love apparently has to be fat to live up to our expectations. If you watch Rudolph, you’ll see that, in the beginning of the short, Santa is impatient with the elves and that he ridicules Rudolph for being different. Don’t worry–once Mrs. Claus fattens him up, he turns back into the kind Santa Claus we know and love.

You can also pick up on some dated sayings in Rudolph. Quite a bit, actually. For instance, when Rudolph goes missing, his father, Donner, decides to go find him. When Mrs. Donner expresses her desire to accompany him, Donner replies, “No, this is man’s work.” My family laughed at that one.

There are a few other instances like this throughout the short–watch and see for yourself.

Story by Jessica Patrick. Photos from The Fine Art Diner.