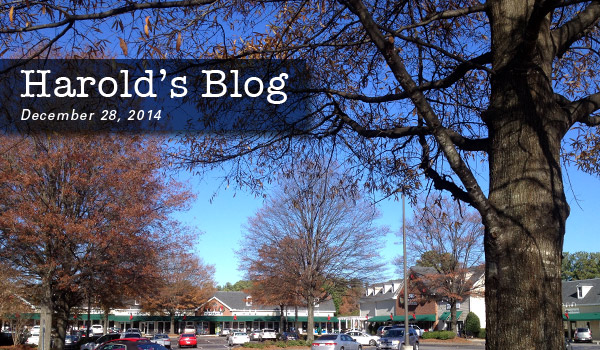 Cary, NC — This week was a holiday week, so there wasn’t a lot going on.

Monday afternoon I spoke with a reporter who wanted to know if I was concerned about Google fiber’s decision to delay their announcement about cities they will choose. It is important to understand that our staff has been working closely with Google fiber for months and, to my knowledge, has planned and resolved all issues.

It is my belief that Cary will be one of the cities they will choose for their expansion. Their presence, in addition to the other fiber in town like AT&T, will improve the quality of life for our citizens and make Cary an even more attractive place to live, work, and play.

On Monday evening I joined council members Bush and Frantz at the third annual Jewish Cultural festival at the Cary Arts Center. There were several speakers before the lighting of the Menorah including the featured speaker, council member Bush. I read a proclamation recognizing the day.

The lighting of the menorah was a little difficult for the Rabbis. The candle apparatuses would blow out just as fast as they were lit. Finally, after about 20 minutes, all were lit. The festival included traditional Chanukah food and activities. It appeared that there were at least a couple hundred people in attendance, and they all seemed to be enjoying themselves.

Tuesday the town manager and I met with a couple of people interested in bringing a professional sports team to the region. They talked with us about our interest in supporting this idea. Our meeting lasted about 45 minutes.

Wednesday, after finishing work at my SAS job for the year, I joined my family to usher the 9 PM Christmas Eve service at our church. This is one of our family’s traditions that we started years ago.

The rest of the week was spent with the family enjoying the holiday. I also started work on the state of the town address which is due for proofreading and fact checking on January 5, 2015.

The only emails from citizens this week were holiday greetings and thanks for my service. What a great town I live in! I am honored to be the mayor.

Next week is also a holiday week and will only include small meetings. I am joining a council member to meet with a couple of newly elected county commissioners on Monday. I also have a couple of meetings with citizens about a movie and about starting a business.

Well, that is all for this week and this year. My next post will be on Sunday, January 4th. Although I have Facebook and Twitter accounts those are not the best means of communications with me. Please send all Town of Cary questions or comments to Harold.Weinbrecht@townofcary.org and email personal comments to augustanat@mindspring.com.