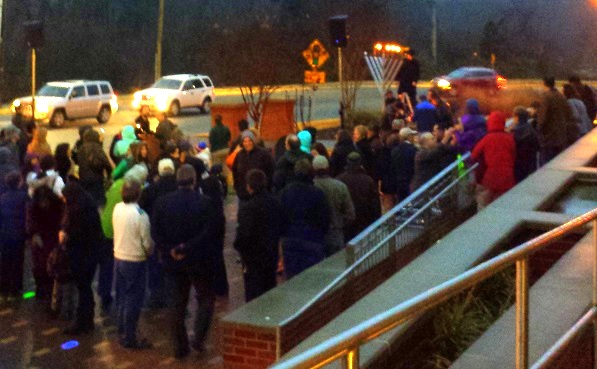 Cary, NC — It was chilly and rainy last Monday night, but that didn’t stop citizens from coming out to celebrate Hanukkah and Jewish culture at the Town of Cary’s Jewish Cultural Festival.

Last week on Monday, December 22, 2014, drivers on Dry Avenue couldn’t help but slow down to look at the impressive crowd at the Cary Arts Center.

Despite the less-than-optimal weather conditions, Cary residents of all faiths and ages gathered around to watch the lighting of a nine-foot menorah. 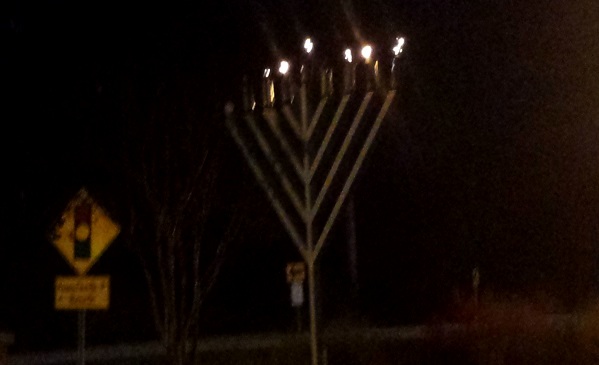 After the lighting, some attendees headed straight for the food tent to try an assortment of Kosher foods. 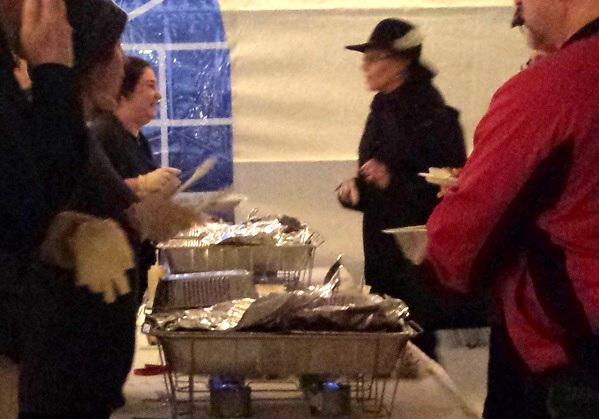 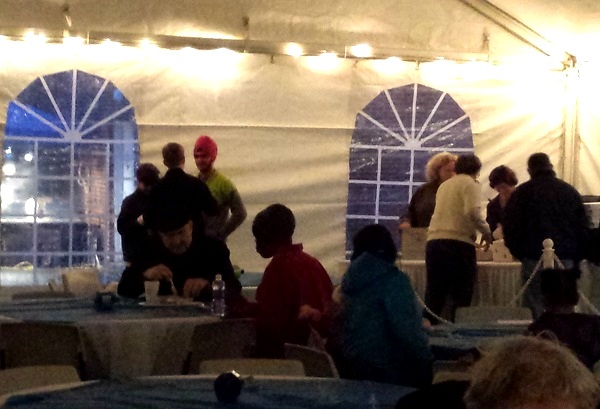 The food tent was warm, and it filled up quickly.

The food tent wasn’t the only place to keep warm–the Jewish Cultural Festival continued inside the Cary Arts Center with three hours of scheduled crafts and activities for kids and families.

Puppet shows and sing-alongs were only part of the fun–I sat in on a “Sofer Activity” presented by Rabbi Levi Raskin. A sofer is a Jewish scribe who can transcribe scrolls and religious writings.

I also peeked in on a “mezuzah craft,” where children were making their own brass mezuzah cases. 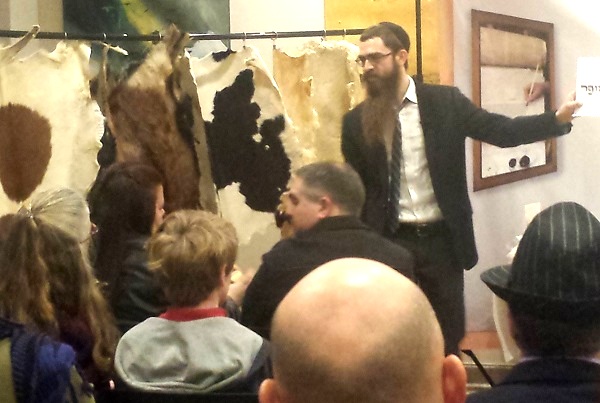 The rabbi showed a small audience how he transcribes scrolls or religious writings. 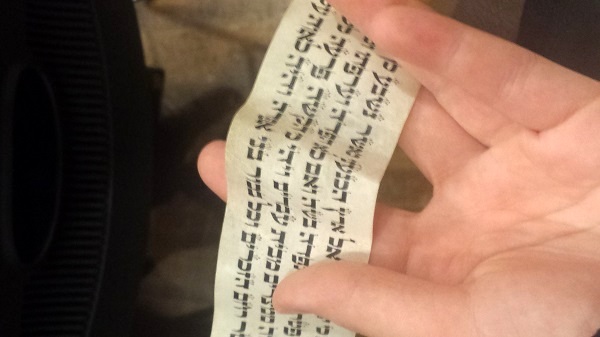 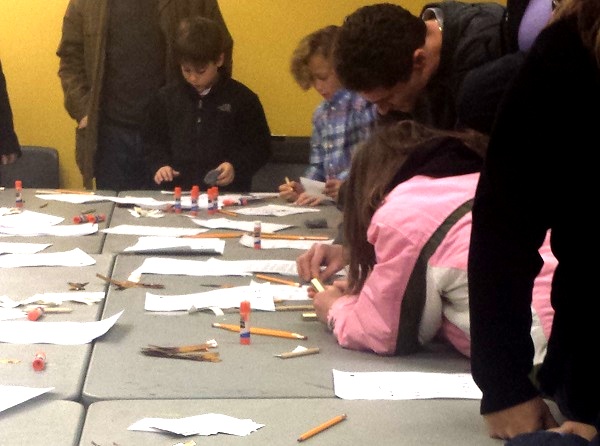 In perfect holiday spirit, attendees were also encouraged to donate hats and gloves to Note in the Pocket, an organization that provides clothing to impoverished and homeless children in Wake County. 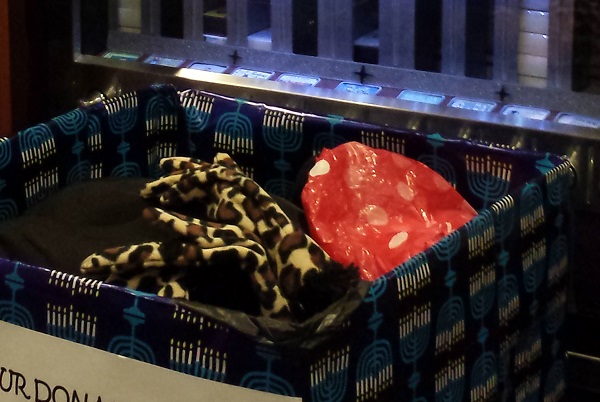 The donation box filled up quickly.

The several hundred Cary citizens in attendance appeared to have a wonderful time at the festival–I certainly enjoyed seeing all the fellowship, education, and fun.

Look for It Next Year

If you missed this year’s Jewish Cultural Festival, look for the event next year–its popularity this year, despite the cold and rainy weather. speaks for itself.

This event was presented by the Town of Cary, Chabad of Cary, Beth Shalom, and The Jewish Federation of Raleigh-Cary. Thank you to all the volunteers.

Recipes: Cocktails to Ring in The New Year