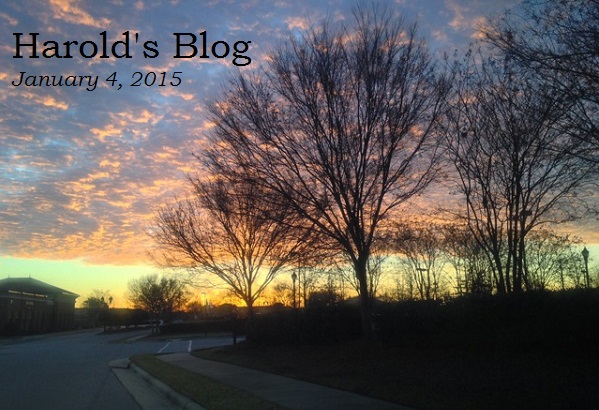 Cary, NC — Happy New Year! This week was another holiday week, so there were very few meetings.

On Monday morning I met with two newly elected county commissioners, Jessica Holmes and Sig Hutchinson. We spent a great deal of our time talking about the greenway systems in Raleigh and Cary, which was the purpose of the meeting.

Commissioner Hutchinson mentioned that the county has open space and money that they may consider to help connect gaps in various greenways throughout the county.

Our conversation also covered the school overcrowding in western Cary. Both commissioners were quick to point out that the capping and overcrowding is not a Cary problem but a county-wide problem. They also stated that the earliest bond referendum would be in 2016 due to legislation made by the general assembly.

We also discussed Cary’s development fees on schools which are used to cover the impacts any development has on water, sewer, and roads. I also pointed out that Cary does not have the authority to waive development impact fees. Our ordinance does allow different development districts, such as the downtown business improvement district, which has a different fee structure.

The commissioners also questioned a past council decision to deny a modular school in Cary. I explained that modular units are allowed in Cary on a temporary basis and, since the school board’s purpose was to have those units for years, that didn’t meet the definition of temporary.

To change the ordinance would allow modular units of other types throughout Cary on a more permanent basis.

Our last major conversation was about transit. They mentioned that they would prefer to have a rail component to Cary in phase 1. This is controversial to some people, including one of our council members. We will see what the new transit committee does with that part of the plan.

Monday afternoon, I met with a gentleman who is creating an independent film in Cary called “Spices of Liberty.” This movie will show an Indian American immigrant’s perspective that the foundation of US Laws and Constitution have summarized the core of Hindu Scriptures.

He also pointed out that spirituality and religion are different and that spirituality is integrated in our government. For example, the statements “In God We Trust” and “God Bless America” are both political and a reflection of a spiritual mindset.

All these interesting points will be part of the movie that is a beautiful love story of second generation Indian Americans. To find out more, visit the film’s Facebook page. The movie will be filmed in this area and should be released in 2016.

A Great End to the Day

My last meeting on Monday was with a gentleman that moved here because of his business. He had asked his employers for an opportunity to come to Cary if there were ever a transfer and finally got that opportunity. He said that he has always been impressed with Cary and loves living here. He wanted to meet with me to tell me this and to talk about Cary.

Tuesday, I joined Mayor Sears of Holly Springs in a conversation with NC Senator Barringer. We talked about a variety of issues coming up this year in the Legislative long session.

The senator believes that the aesthetics bill, limiting municipal authority to control the look and feel of residential developments, will pass. It is currently in negotiation with the League of municipalities. The senator also mentioned that she will do what she can to protect Jordan Lake, our water source, from fracking.

She mentioned that Cary may suffer from the sales tax distribution if it passes. This is part of the urban versus rural war that seems to have started in the legislature. She is very concerned about this and will work with all parties to help protect municipalities.

The sales tax redistribution conversations in the general assembly could cost Cary about $4 million. This, combined with the privilege license revenue loss, would equal about $6 million less in revenue or about 5 cents on our tax rate.

If Cary raised taxes to match the revenue loss it would be equivalent to about a 15% tax increase. So I, along with council members, staff, and other legislators, will do what we can to prevent this from happening. Our meeting with Senator Barringer lasted a little over an hour.

In emails this week, staff notified council that Novozymes decided to go to RTP rather than Cary and will give up the $375,000 incentive package that Cary offered with the state package.

While this will mean that Cary will lose a $36 million building, we should still get the benefits of their residents living and shopping in Cary. So, while the news is disappointing, there is still a positive in that Cary will benefit from their presence.

Next week will be a full week but will remain somewhat slow as we ramp up to full speed. The main item on the calendar is a quasi-judicial hearing in which we will hear three items.

Well, that is all for this week. My next post will be on Sunday, January 11th. Although I have Facebook and Twitter accounts those are not the best means of communications with me. Please send all Town of Cary questions or comments to Harold.Weinbrecht@townofcary.org and email personal comments to augustanat@mindspring.com.