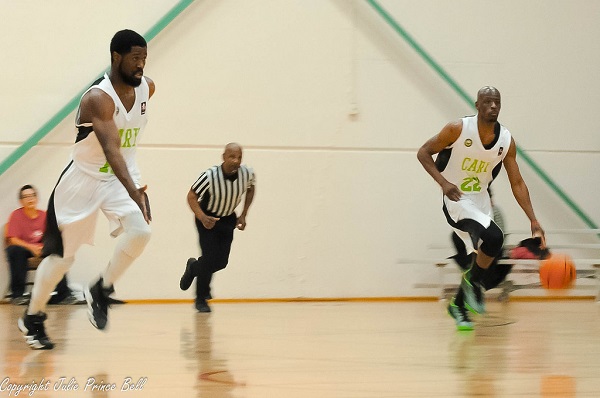 Cary, NC — The mood was festive at the Herb Young Center on January 10, 2015 when Triangle Run N’ Gun came to play their first game against the Cary Invasion in some Saturday night Tobacco Road Basketball League action.

Saturday was Reedy Creek Middle School Night, and the bleachers were filled with fans of all ages. The crowd also included the school’s 6-0 basketball team, which was recognized for their accomplishment at halftime.

The game itself left little surprise for the Invasion faithful; from the first game score to the final score the Invasion stayed firmly in control. Top producers for the feisty Run N’ Gun included Ian Hathaway with 31-points and Milan Prodanovic with 25-points.

They were aided in their attempt to unseat the Invasion’s winning streak by Dexter Pearce (15-points), Sam Selig (13-points), and Jack Wise (11-points)–but to no avail.

The Invasion’s top guns—Corey Evans (30-points), Nigel Munson (27-points) and Rodney Callwood (19-points)—were simply too much for the Triangle team to overcome. At the half point, the Invasion led Run N’ Gun 63-59 and, by game’s end, the four-point halftime lead had been extended to 25-points–giving the Invasion a solid win of 137-112. 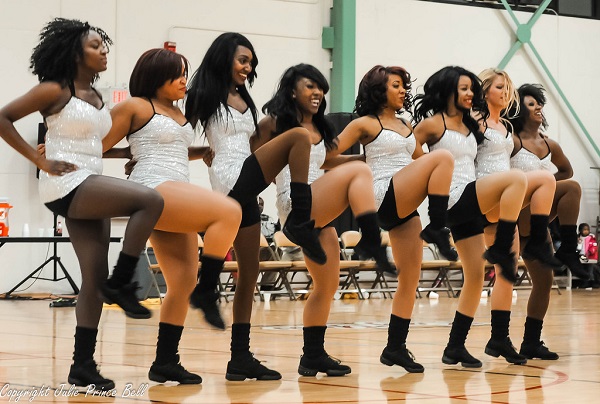 Invasion games are always full of fun and team spirit–but especially so with the help of the Cary Invasion dance team.

Next up for the 6-1 Invasion at the Herb Young Center is the Stealth All-Stars of Raleigh–the only team to beat the Invasion at home last year. The 0-3 RunNGun will travel to the Wilmington YMCA to play the 7-2 SeaDawgs.