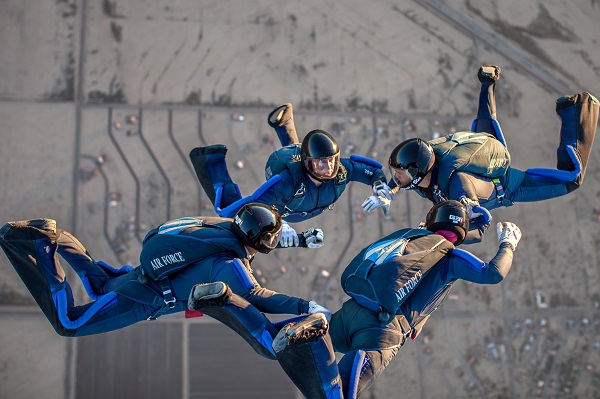 Cary, NC — Taylor Bye, Cary native and talented skydiver, won a gold medal last month for her performance in the oldest and largest collegiate parachuting event in the world.

Bye and her parachuting team participated in the 2014 National Collegiate Parachuting Championships near Phoenix, Arizona in late-December. The event, held by the U.S. Parachute Association or USPA, brings nearly 70 collegiate skydivers from around the country to compete for the title of national champion. 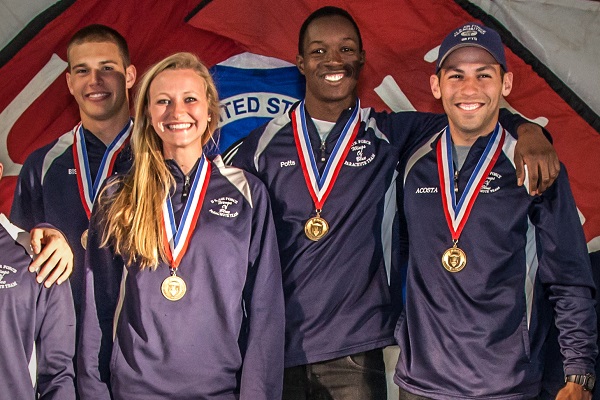 Taylor Bye, alongside her teammates, proudly displays her gold medal.

Taylor Bye won a gold medal within the discipline of open four-way formation skydiving. With the help of her team, Air Force Mayhem, she exited a 10,500 foot high aircraft in a group of four and performed geometric formations while free falling at 120 mph.

Taylor, 22, is a senior at the U.S. Air Force Academy in Colorado Springs majoring in aeronautical systems engineering. She made her first jump in 2012 and has since completed about 450 skydives. Her team also competed at the 2014 USPA National Skydiving Championships this past September at Skydive Chicago.

They placed 7th in intermediate 4-way formation skydiving out of 28 teams.

About the USPA and Skydiving

The USPA is a non-profit association dedicated to the promotion of safe skydiving nationwide. The organization establishes strict safety standards, training policies and programs at more than 220 USPA-affiliated skydiving schools and centers throughout the United States.

Each year, USPA’s 37,000 members and hundreds of thousands of first-time jump students make more than 3.2 million jumps in the United States. Skydiving, while known as a high-adrenaline sport, is not as extreme as it seems. Most people over the age of 18 can experience the rush after some comprehensive safety instruction. 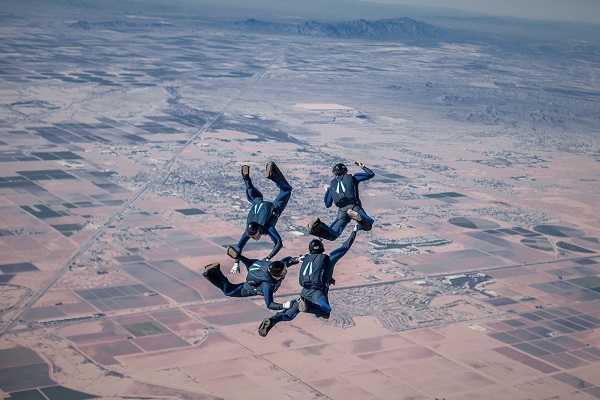 It only takes a half hour of “ground school” to prepare for a tandem jump. Tandem jumps, in which students experience the thrill while harnessed to a licensed instructor, are the most popular way for individuals to experience skydiving for the first time.

To make a first jump or find a skydiving center near you, visit www.uspa.org.