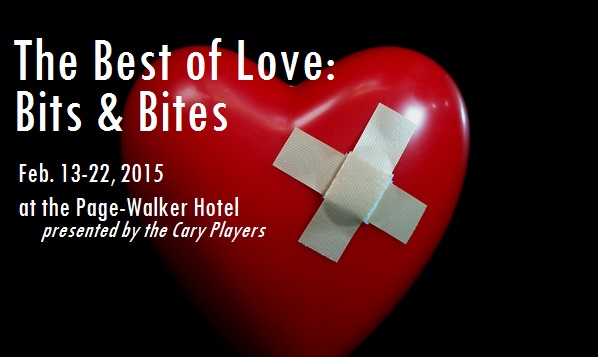 Cary, NC — The Cary Players will present their annual show, The Best of Love: Bits and Bites, at the Page-Walker Arts and History Center from February 13-22, 2015. In the show, actors utilize the multiple floors of the Page-Walker hotel to create an interactive play about both love and love-gone-wrong.

The Best of Love: Background

Cary Cultural Arts Manager Lyman Collins created The Best of Love: Bits and Bites ten years ago to create a fantastic theater experience while, at the same time, utilizing a unique Cary building. For six years now, the play has been both an audience favorite and a staple for the Cary Players.

There is a reason audiences love this show. Great talent and energy in an intimate setting provides an unforgettable experience.

This increasingly popular show returns to Page-Walker this week from February 13, 2015 to February 22, 2015. The Cary Players will be sure to incorporate audience favorites from last year into this year’s show. Those who are interested in attending should buy their tickets now.

The Cary Players utilize the layout of the Page-Walker to present a fantastic production. Stages are set on both the first and the third floors of the Page Walker, with the audience seated on one of the floors for Act 1 and then the other for Act 2. One of the best parts of the show is its intimate size and unique layout.

Sweet treats and coffee will be served to guests on the second floor during intermission. 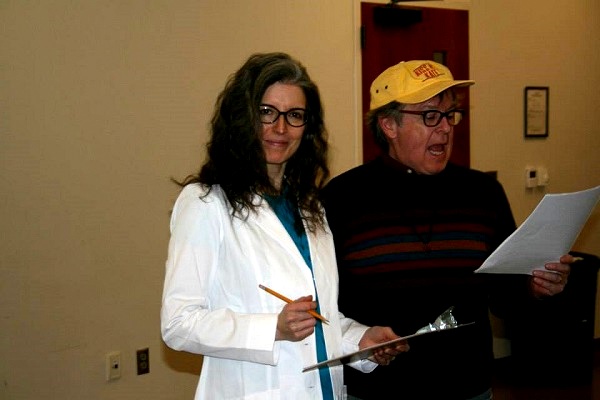 The Best of Love: Bits and Bites directors include Lyman Collins, Jaret Preston and Dan Martschenko with music direction by Craig Johnson. Collins shares his appreciation for the group by stating that:

It’s been lovely not only to revisit some great scenes from past seasons but also to see scenes re-imagined and reinterpreted by two directors whom I hold in high esteem – Jaret Preston & Dan Martschenko. And also the great pleasure to reunite with Craig Johnson and his fabulous musical sensibilities. I’ve also been enriched by such a talented cast and crew – for some, reconnecting the love and for others, loving them for the first time. My heart goes out to them all.

The cast will include both returning and new actors.

Notes from the Director

The Best of Love: Bits and Bites changes each year, as Lyman Collins strives to include both new scenes and those that were audience favorites in previous years. This year, to honor the favorites that he didn’t have room for, he has added a special twist to the show. He explains that:

With almost 40 shows over the six seasons, we could not present everyone’s favorite. But I did manage to work in the title to every show we are not presenting into the narration on both floors. See how many of the 31 titles you can identify when our hosts mention them throughout this edition of Love Bits & Bites. I am glad we could pay tribute to all the great scenes from past years. I hope you will enjoy reliving these memories as much as we have enjoyed bringing them to you.

Collins also wishes to thank the audience, “the final ingredient in any show.”

Tickets are $25 each and are on sale at the Cary Arts Center Box Office or online.

Lead photo by Romel. Additional photo from the Cary Players on Facebook.

The History & Rebirth of The Cary Theater