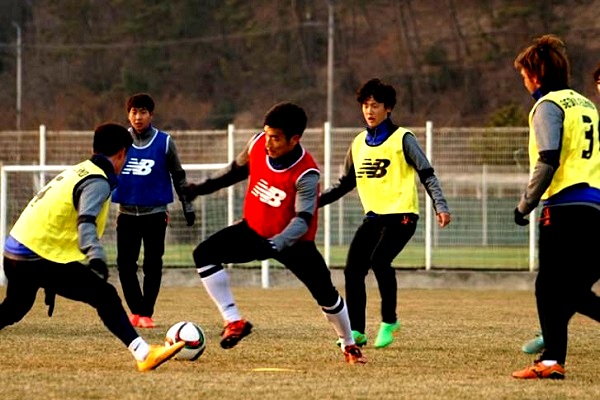 We are looking forward to this game. This is a high-profile international game very early in the season for us, and it will give us a good test. It’s never easy to start this early in the season, but I feel very comfortable with the new signings, because we reached the targets we had ahead of the season.

The RailHawks and Seoul E-Land FC have a direct connection through former RailHawks coach Martin Rennie. Rennie coached the RailHawks from 2009 to 2011 and led them to an amazing 2010 season–in which the RailHawks had the best overall record in the league and made it to the championship game.

In 2011, the team finished first in the standings during the NASL regular season.

Martin Rennie was successful with the RailHawks in the past because he coaches the right way, so I’m sure this will be a competitive and fun game to watch.

In 2012, Rennie left the RailHawks to coach MLS’ Vancouver Whitecaps. In July of 2014, Rennie was appointed as Manager of Seoul E-Land FC. He states:

I am really looking forward to coming back to WakeMed Soccer Park to face the RailHawks. I had three wonderful years coaching the RailHawks, and I met many friends who I look forward to seeing when I return. The RailHawks are one of the premier franchises in North America, and I know that being hosted by the RailHawks will ensure that my new team, Seoul E-Land FC, will be well taken care of. I also know that spending time in the Triangle will be a great experience for my staff and players.

Rennie said he enjoyed playing against the RailHawks twice before in preseason games when he was the coach of the Vancouver Whitecaps and knows his team will experience soccer at its most competitive level by facing a team like the RailHawks. He adds that:

In the last few years, the RailHawks have had big wins against MLS teams in the Lamar Hunt U.S. Open Cup, and the team continues to be seen as one of the best and most talented in the NASL.

This match is a unique opportunity for the soccer fans in the Triangle to see a top-level professional team from South Korea, which has a population of over 10 million people. Seoul E-Land’s notable players include former Vancouver Whitecaps and FC Edmonton defender, Carlyle Deon Mitchel and former Real Salt Lake and San Jose Earthquakes forward, Ryan Johnson.

WakeMed Soccer Park
201 Soccer Park Drive, off of Hillsborough Street in Cary
Tickets are available through the RailHawks website