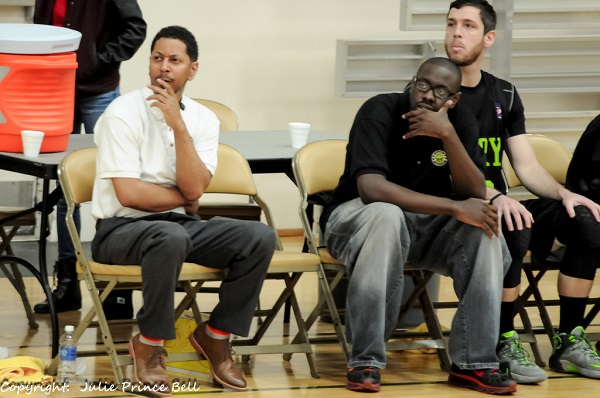 Cary, NC — The Huntersville Hoops4Life made the long trip to Cary’s Kay Yow Court at the Herb Young Community Center on Saturday, March 14, 2015 and, although they played one of the better comeback games in the Tobacco Road Basketball League this season, it was the Cary Invasion who ended the game with a win of 93-90.

On paper, these two teams were evenly matched, each averaging 75 percent from the line and 42 percent of their field goals with Huntersville having the edge on three-pointers. This game bore out the stats. Both teams seemed to be less aggressive or accurate than in previous games during the first quarter, ending in an unusually low 21-10 Cary lead. 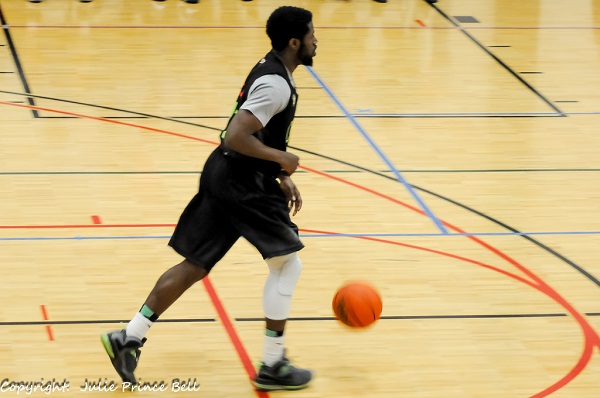 In the second quarter play, Huntersville picked up their percentages but still remained behind in scoring, 43-34 Cary. After the break, Cary completed their best quarter of the game, due in no small part to a trio of threes by shooting guard Paul ‘Tay’ Wright, extending Cary’s lead by 17 points to 79-62. But Huntersville wouldn’t go away and battled back on the shooting skills of Paul Petway, Rob Lothrop and Dijuan Harris.

For Cary, power forward Rodney Callwood showed his ability from the field, while point guard Michael Smith added to the lead from the line. As the clocked ticked down in the fourth-quarter, Huntersville had closed the gap, coming back to go ahead of near game-long leading Cary by 3 points. With the shot clock on, Cary tied the game back-up again, but, when the shot clock went off, the lead changed twice with Cary barely escaping with a win of 93-90.

Interesting facts about this game were, first, that both teams demonstrated above-average rebounding with Huntersville taking a slight edge. Second, other than the players named above, the point-scoring throughout both teams was evenly distributed.

The Cary Invasion (10-1) will welcome the Greensboro Cobras to their house this weekend on Saturday, March 21, 2015 after a three-year hiatus. Come out to the Herbert C. Young Community Center to support Cary’s very own record-setting professional basketball team.

Tickets are $10 for adults and $5 for children–gates open at 6 pm; game starts at 7 pm. Follow the Cary Invasion on Facebook for news, updates and events. 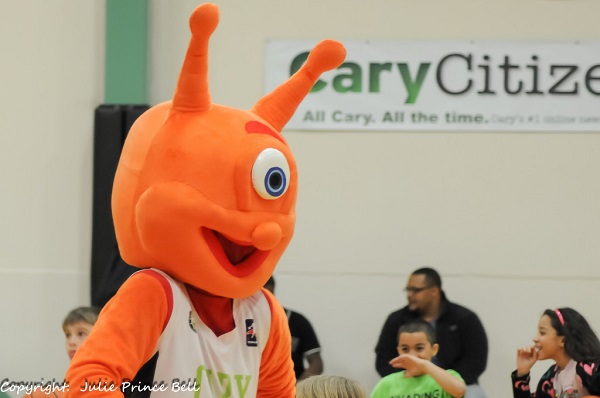 Ageless Design: Building a Home for Seniors
Scroll to top