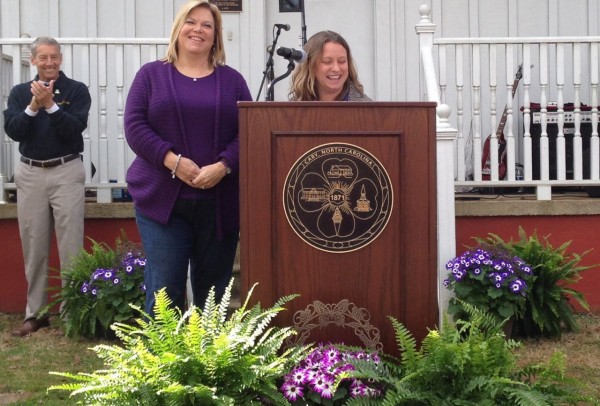 Cary, NC — Under a sunny sky, the Town of Cary celebrated their annual Arbor Day on Saturday, March 21, 2015 by honoring Joy Pike with an Eastern red bud tree to be planted at the Herb Young Community Center in Downtown Cary.

The festivities took place starting at 11 am in front of the historic Ivey-Ellington-Waddell House on West Chatham Street in Cary. Sarah Justice, the town’s Environmental Outreach Program Coordinator, organizes this annual program, along with several others, to involve citizens and make them aware of efforts to keep Cary green.

Cary is a “Tree City”

Mayor Weinbrecht gave a warm welcome to the crowd as the sun came out just in time for the ceremony. This is the 32nd year that Cary has been designated as a “Tree City” by the Arbor Day Foundation. Four criteria are used to award this distinction, including the town having a: 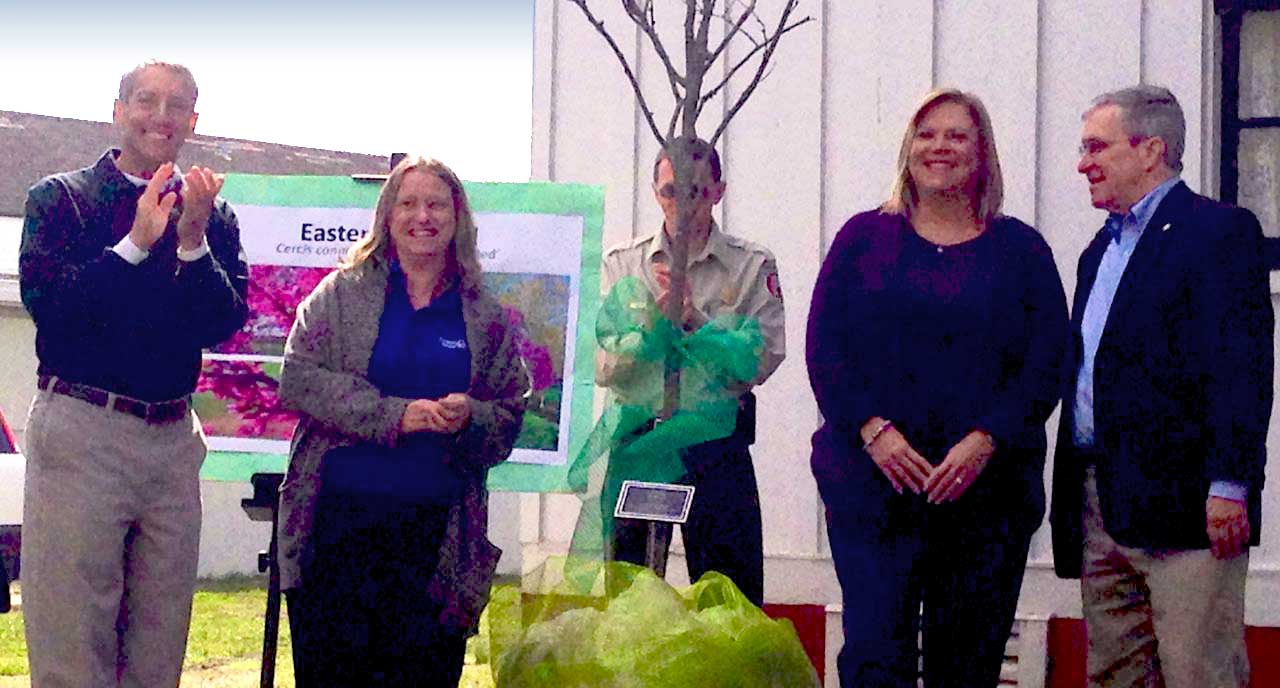 The mayor mentioned that there are only about a dozen municipalities that can claim attaining 32 years with this designation.

The Town of Cary’s Spruce Program, run by Sarah Justice, has used 16,000 volunteers to eliminate trash from our roadways and has been responsible for planting over 13,000 trees. The mayor challenged attendees to participate in the next town-wide litter sweep on April 21, 2015 or to attend Spring Daze, which includes a celebration of Earth Day.

After the formalities, Joy Pike, a past Hometown Spirit award winner, and a Heart of Cary Association board member, was introduced and given a plaque to place with the tree to be planted in her honor.

The Arbor Day events continued until 2 pm, and the downtown area was alive with spring activities including children’s crafts, refreshments from Belle and information booths from various non-profits involved in green initiatives.

Downtown coverage on CaryCitizen is sponsored in part by Studio 180 Salon on West Chatham.