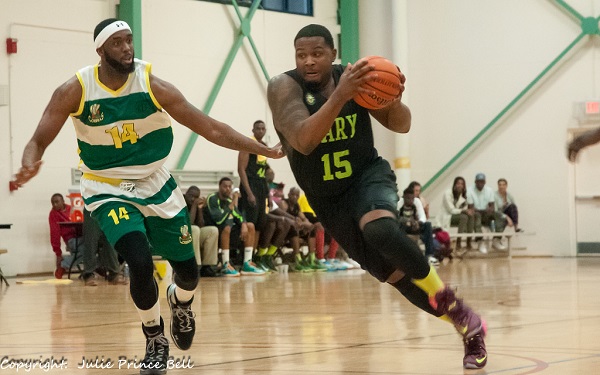 The Greensboro Cobras arrived at the Kay Yow Court on Saturday night looking ready to play. This was the Cobras’ first foray of the Tobacco Road Basketball League season while Cary, with 12 contests under their belt, was intent on protecting their league-leading win-loss record.

The game was pure poetry for Cary. And, although the area’s college teams’ NCAA games drained-off much of the Invasion faithful, Cary still gave one of their best performances of the season, winning 130-98.

From the first score of the game to the final buzzer, it was all Cary’s show.

The Cobras’ rebounding was sluggish and, with the exception of the scoring of Shelton Carter’s 29 points (four three-pointers and seven free throws) and Norman Carter’s and Brian Akingkube’s 17 points each (most from the floor), the Cobras were hurting with less than 50 % shooting efficiency.

As for Cary, the game could have easily been dubbed the “Fab Five Show.”

Shooting guard Paul ‘Tay’ Wright led the team with 37 points, and 16 field goals with three of them ‘threes;’ he was followed by mid-season transfer forward Ray McKeithan who, playing his best game yet, scored 20 points from the field, four of them ‘threes.’

Plus, three other Invasion players shot in double digits as well. Point guard Mike Smith cut through the Cobras like a knife through butter, adding 14 points to the score. 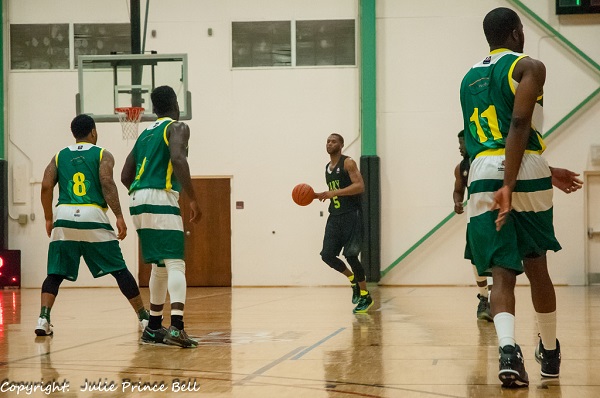 Other Players of Note

Other players of note for the Invasion were Anton Currie, who set the pace early on with his outside shooting, while point guard Nigel Munson was able to effortlessly run the floor coast-to-coast on more than one possession.

Next week, the Cary Invasion heads to Durham to take on arch-rival Bull City Legacy at the Walltown Center off of Club Boulevard at 3 pm. This will be their third match-up of the season.

Stay in touch with the Cary Invasion on Facebook for events, game updates and more.

Canes Lose a Tough One Against Blackhawks