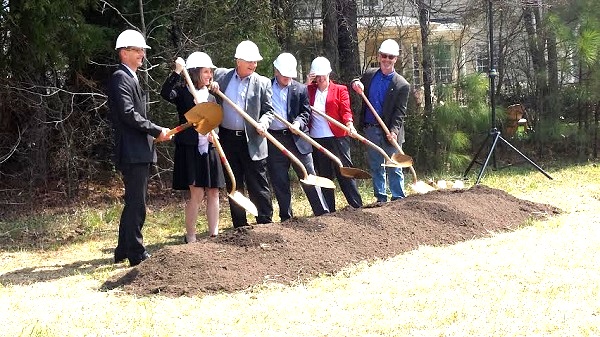 Cary, NC — A brand-new Cary park will be home to a privately-funded memorial to recognize the victims of two planes crashes, one of which that occurred only one mile from the park’s site.

In 1988, American Eagle flight 3378 crashed just after taking off from the RDU Airport. Then, only six years later, RDU-bound flight 3379 crashed one mile away from the corner of Morrisville Carpenter Road and Louis Stephens Drive in Cary.

This will be the future site of Carpenter Park, a new town project that will memorialize the five survivors and the 27 people that died in the crashes.

On Tuesday, March 24, 2015, a large crowd witnessed the groundbreaking of Carpenter Park at the corner of Louis Stephens Drive and Morrisville Parkway in Cary.

Mike Bajorek, Deputy Town Manager, served as the main speaker at this event. Council members Lori Bush, Don Frantz, Jennifer Robinson, Jack Smith and Ed Yerha were all present along with the Town of Cary construction team, survivors of flight 3379 and the loved ones and friends of the 27 individuals who died on both flights. 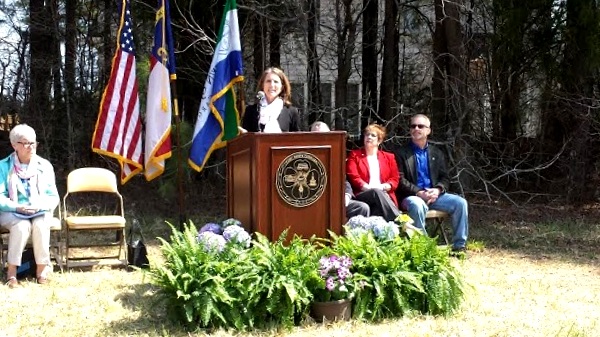 Council Member Robinson explained that the new memorial will feature a semicircle terraced area with five trees in the middle to represent the five survivors of Flight 3379.

On a higher terraced area, 27 trees will represent the victims who lost their lives in 1988 and 1994. Two long walls surrounding the memorial will reflect the courses of the two flights.

In addition to the memorial, Carpenter Park’s 16-acre site will feature a pond, walking trails, a playground and pickleball courts. Carpenter Park is a $2.9 million project that was approved by Cary voters as a part of the community investment bond.

Marie Anderson, the mother of a flight 3379 survivor, along with other individuals affected by the crashes, worked closely with the Family Assistance Foundation in Georgia to raise money for the memorial to honor her daughter and the other victims.

Family members of those who survived, and of those who died, an RDU official who came out to the site after the 1994 crash, a local pilot who helped investigate the 1988 crash and those who were involved in rescue efforts, among others, were all at Tuesday’s groundbreaking.

The Family Assistance Foundation’s foremost desire was to find a location for a memorial where families, survivors, friends and others could gather and honor and remember their loved ones.” 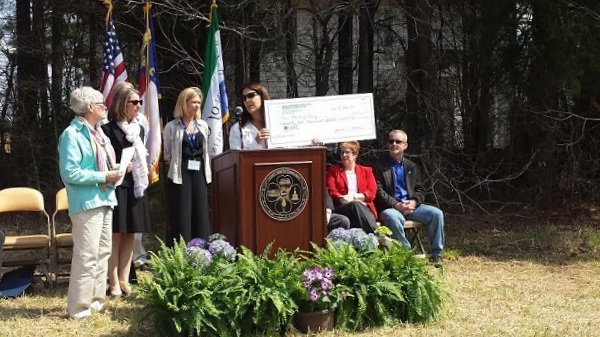 Dede Young of the Family Assistance Foundation presents a check to the Town of Cary.

A large number of Town officials participated in the ceremonial groundbreaking of the new park.

Attract Birds to Your Backyard: Here’s How
Scroll to top