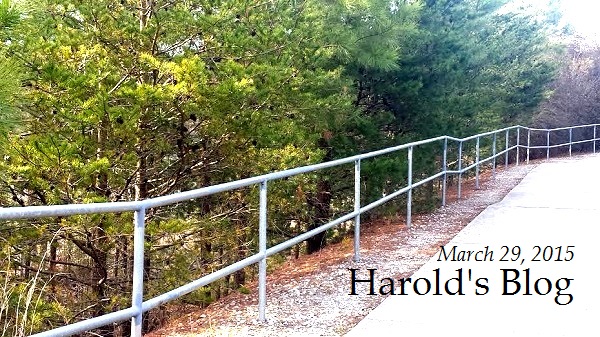 Cary, NC — This week consisted of a work session, a regularly scheduled council meeting and several other meetings.

Concerns and questions were on the Cary Towne Center rezoning request, Land Development amendments and a waiting period waiver for the Canterbury Downs rezoning proposal.

Later in the day, I met with staff to go over the agenda. Our meeting lasted about 15 minutes. I predicted that Thursday’s meeting would last until about 8:30 or 9:00.

After the agenda meeting, I met with the town manager and the deputy town manager. Topics included location and appearance of Google Fiber huts, the golf course noise ordinance, SAS Championship parking, private retention ponds and the upcoming budget.

Our meeting lasted about twenty minutes.

Tuesday, council held a work session that lasted three hours. The first two hours were spent on providing recommendations for Phase 2 of the Imagine Cary process, and the last hour was spent debriefing on the January 2015 council-staff working retreat.

Imagine Cary policy recommendations for “How will we get around?” include:

Imagine Cary policy recommendations for “How will southwestern Cary grow?” include:

Imagine Cary policy recommendations for “How will downtown thrive?” include:

Imagine Cary will now move into Phase 3 which should flesh out these policies.

The debriefing of our working retreat was the second. Staff noted direction given by the council from the retreat that included:

Much of what was discussed at the retreat will be incorporated in economic development and Imagine Cary.

The main topic for the episode is our traffic management system. If you would like to find out about traffic signal synchronization and emergency vehicle signal preemption, you might want to give it a viewing. The taping of the April episode lasted about 30 minutes.

Later Wednesday I joined Mayor Pro-Tem Smith, as well as council members Bush and Yerha, to welcome the 12th class of Cary’s School of Government.

In the class, the students learn how municipal government functions, what services are provided, and how citizens can become involved. Students will get a behind-the-scenes look at Town government structure, culture and decision-making.

Thursday was the longest council meeting of the year, with the meeting lasting about five hours.

Most of the time was with speakers talking about various issues such as the connectivity on Fordland Drive, the mall rezoning to allow three stories and a land development amendment on connectivity.

For the most part, I believe most resolutions are a means to make those doing the resolutions feel good about what they believe and really don’t have much of a positive impact. As a result, I view them as non-productive.

In this particular case, I don’t believe a resolution will do anything to help get Historic Tax credits, and it might even be viewed negatively. With the current legislature, who in Jack Smith’s words are “ruling instead of governing,” anything can happen.

Emails from staff this week included an update on bids for the Academy Streetscape. Apparently, because the town’s bid dates coincided with a lot of other work, our original bids request received a limited response. We re-opened bids for Academy Streetscape and had two bids.

A staff report for the bid award will soon be coming to council for a decision. Once council accepts a bid, the streetscape project will move forward. Based on the feedback the town has received, the bid opening for the downtown park should have several bidders.

Emails from citizens this week included complaints from folks living on Fordland Drive, a question about a rumored budget hotel on Harrison Avenue, a concern about the noise ordinance for golf courses and several comments about a proposed height rezoning at the Cary Towne mall.

Next week should be a light week for me. It consists of a few meetings and a talk for the Cary Leadership class.

Well, that is all for this week. My next post will be on Sunday, April 5th. Although I have Facebook and Twitter accounts those are not the best means of communications with me. Please send all Town of Cary questions or comments to Harold.Weinbrecht@townofcary.org and email personal comments to augustanat@mindspring.com.

Restaurants: A Food Tour of Downtown Cary
Scroll to top