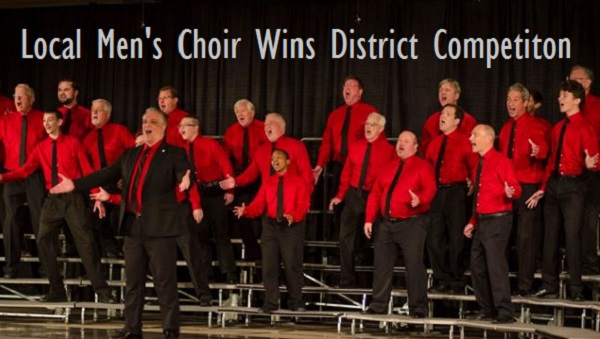 Durham, NC — The Heart of Carolina, a local barbershop harmony men’s choir, is celebrating their new title as the 2015 Carolinas District Champion after their winning performance in a competition for North and South Carolina a cappella groups.

Dr. Bill Adams, the group’s director, has seen the group grow in both size and talent. In addition to performing a wide variety of songs and musical selections, a quarter of the choir’s members are under 18, which adds a “youthful exuberance” to the Heart of Carolina’s sound.

Perhaps it is the group’s dedication to variety in both music and age that earned them the title of 2015 District Champions after their performances in Charlotte, NC last week.

At the Carolinas District of the Barbershop Harmony Society’s spring convention, 13 choirs and 23 quartets from North and South Carolina competed for the title.

The Heart of Carolina didn’t just receive praise for their sound; rather, they also took home an award for the choir showing the most growth.

Join the Heart of Carolina

The Heart of Carolina men’s choir is always looking for more members. They’re hosting an open house this week on Thursday, April 9, 2015 in Durham.