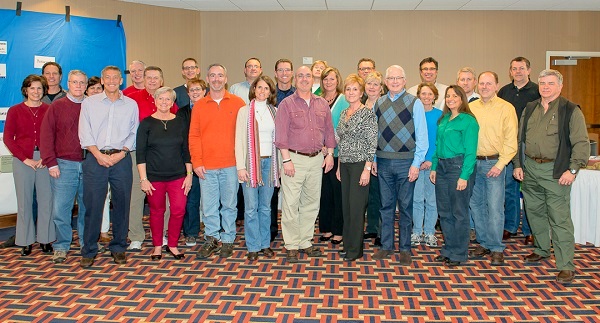 Cary, NC — Our Cary Town Council works very hard to ensure transparency in our deliberations and decisions because you, the citizens, deserve to know what it is we are working on and how we vote – we do work for you, after all.

A Closed Session for Town Council

Once in a while however, we have to hold a closed-session meeting to discuss the occasional personnel matter, lawsuit or economic development initiative that must remain confidential for legal reasons until it can be made public. Economic development initiatives and, unfortunately, the occasional lawsuit, are fairly common closed-session topics for city councils.

Uh-oh…as the council walked to the closed session room, I kept looking over my shoulder to see who would be joining us. The only staff member following us was Cary Town Manager, Ben Shivar. I knew what was coming.

As you have probably heard by now, Cary Town Manager Ben Shivar informed us that he had made the decision to retire at the end of September. Ben has worked in local government for over 39 years – 19 with the Town of Cary as Assistant Manager and Town Manager. We hired Ben as Town manager in 2009 after the retirement of former Town Manage Bill Coleman.

I believe this to be one of the best – if not the best – decisions we ever made.

Ben is a leader – not a boss. Anyone can be a boss. Not everyone has what it takes to be an great leader. Bosses bark orders and expect them to be followed. A leader sets an example for their employees to follow. They inspire and motivate their employees to do better not just for the organization, but also for themselves. Leaders understand there is no “I” in team.

Entrepreneur Jim Rohn once said, “The challenge of leadership is to be strong, but not rude; be kind, but not weak; be bold, but not a bully; be thoughtful, but not lazy; be humble, but not timid; be proud, but not arrogant; have humor, but without folly.” He must have known Ben Shivar.

As a member of the council, I have had the pleasure – or not – of interacting with a number of other city managers and council members. I have yet to meet or hear of another manager held in such high regard by their community, staff and council as Ben.

Cary is a better place because of Ben’s leadership.

While I truly hate to see Ben leave, I wish him the very best in retirement – although I am sure that after 39 years, his wife Laura has a pretty long “honey-do list” by now ;-) Be careful what you wish for I always say ;-)

The council will make a decision soon about a recruitment and selection process for a new town manager. I would imagine it would be similar to the process we used in 2009.

Congratulations, and thank you, Ben. You have very big shoes to fill.

Photo and post from the blog of Don Frantz, Member of the Cary Town Council District B.