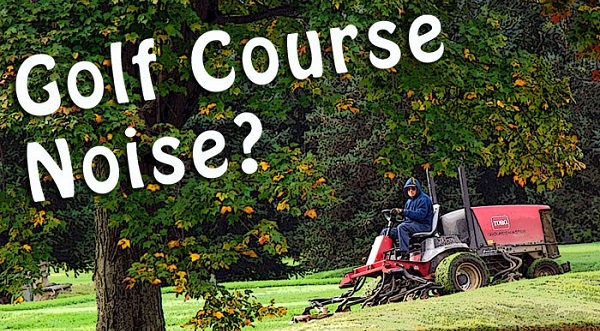 Cary, NC — There has been a lot of discussion at the Council table, online and in the papers regarding the proposal for an updated Golf Course Noise ordinance.

Because the ordinance language can be a bit confusing, I took the liberty of making a spreadsheet to show what is changing and what is not.

I often do this sort of thing as I’m preparing to vote on a complex issue so that I can make sure that I understand all sides of the issue.

First off, my mind is not yet made up here. I have concerns with changing an ordinance that will impact people whose homes and quality of life may be affected. Changing the rules in the middle of the game is not something that I take lightly.

But, at the same time, I look at the bigger issue and problem:

So, having said all of that, here is a chart I put together, along with some explanations, that will guide me at the council table. I hope that it helps you understand the changes, the issues and the impacts. I’d be interested, as always, in your feedback.

The proposed ordinance language is here.

This is one reason to codify the ordinance.

** Typical and routine work includes the mowing, blowing and raking of all of the course’s playing surfaces, using equipment operated with all the manufacturer’s standard mufflers and noise-reducing equipment in use and in proper operating condition. Typical and routine work does not include the use of chainsaws, chippers, shredders or equipment that is used on a sporadic, irregular basis.

60db is equal to a conversation at three feet.

What type of activity is being restricted?

There is no type of activity that is restricted from being performed at any time, rather, it is the level of noise created by that activity that is restricted. Said another way, anyone can cut grass at midnight, so long as they do not exceed 60 decibels at the property line of a person that complains about that midnight mowing. Anyone can do anything as long as it doesn’t exceed 60 db. This is not a change and has been allowed for years.

From the blog of Lori Bush, At-Large Member of Cary Town Council. Photo by Penn State.