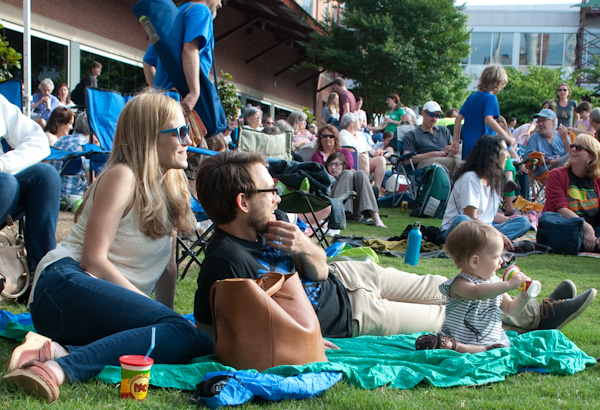 Durham, NC — After a four week hiatus, Back Porch Music on the Lawn at American Tobacco is set to recommence again this week.

Back Porch Music on the Lawn is a free concert series at American Tobacco. This week, the Jeff Austin Band takes the stage.

Austin is one of the premier mandolinists in the world. Formerly a member of Yonder Mountain String Band, he’s played with Phil Lesh, Mickey Hart, Bill Kreutzman, Earl Scruggs and many others.

Showtime for this free concert is 6 – 9 pm on the green under the Lucky Strike water tower. Food and beverages are available; picnics and coolers welcome, no glass, please. 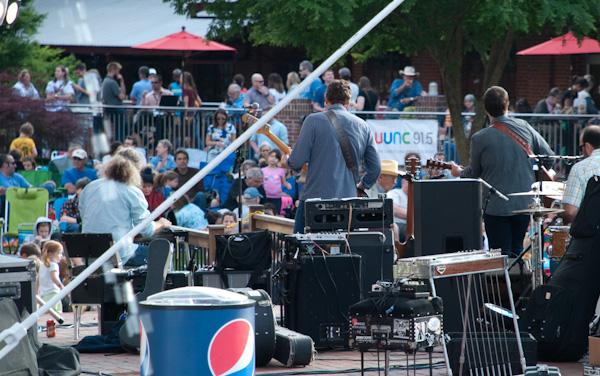 The Back Porch Music on the Lawn series has four more shows (including Jeff Austin).

Bring a lawn chair and a cooler, or pick up some food at one of the 10 restaurants at American Tobacco. Either way, this free concert series is one of the Triangle’s best entertainment experiences. 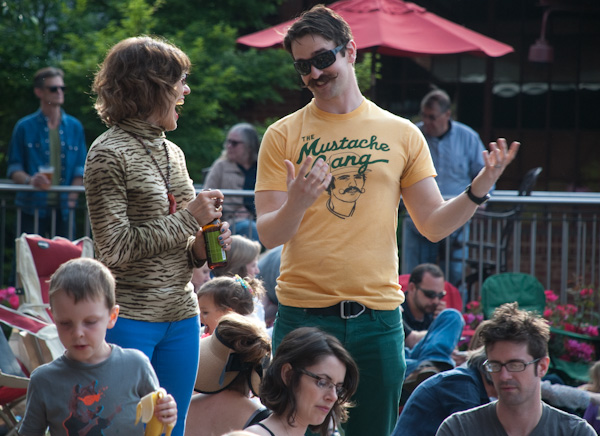