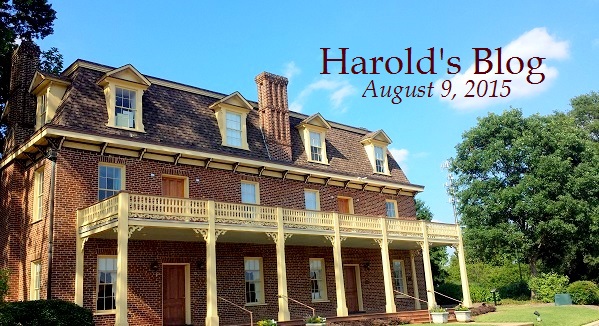 The county will fund the building of their standard library and nothing more. If the town wants anything extra, then we must be willing to pay for it.

Several council members have stated that they want to do more with that building – so it either has to be designed and paid for upfront by the town, or it would have to be designed in a way that additions could be added. This will be a discussion the council will need to have soon. If the town delays the construction of the library, then we might be put in the back of the line, so to speak, for county funding. My meeting with staff concluded after about half an hour.

My next meeting on Monday was with individuals planning the Dreamfest celebration for early next year. Last year, the Cary Theater was full with the visit from Naomi King.

This year, they are hoping to create an event with an even bigger draw. My meeting with them lasted about half an hour.

Monday evening, I attended the Cofounders Lab Open House next to the Cary Theater. This group of investors is looking to provide capital support to start businesses. They are financially supported by funds from a group of investors. In attendance at the open house were about 100 people who were mostly the investors and interests from the town.

It is my hope and belief that these investors will start creating new businesses in Cary and especially in downtown. I think we will see our downtown change significantly during the next four years with new businesses and new residents. It is an exciting time for downtown Cary.

Tuesday morning, I met with representatives from Columbia Development who are interested in 95 acres across from Cary Town Center. They are still in the evaluation and discovery phase, so there are no definite plans. If they move forward, their development will be significant and will help an area of town that needs improvement.

Wednesday I met with two candidates running for local office.

Thursday, the council held a quasi-judicial hearing for a Wendy’s in the Bradford Development at the Davis Drive and High House intersection. The Bradford was approved in 2007 before many of the current council members, including myself, were elected.

That approval allowed three drive-through businesses, including two restaurants. Any business with a drive-through restaurant requires council review and approval of the site plan for that particular out parcel. Since quasi-judicial hearings are based solely on evidence, and there was no evidence against the Wendy’s with a drive-through, then it was approved. This was disappointing, since I personally believe the last thing we need at that intersection is another fast food. However, we were very restricted from the 2007 approval.

Search for a Town Manager

After the quasi-judicial hearing, the council held a work session to hear proposals from two consultant groups wishing to perform the search for our next town manager.

The two groups were Developmental Associates based out of Durham and the Waters & Company based out of Dallas with branches in Richmond and Los Angeles. Representatives from both companies pitched to the council for over half an hour each. Afterwards, the council debated the merits of each. The majority of the council believed that Waters & Company would do a more comprehensive national search while Development Associates would do a better back-end with behavioral and emotional analysis.

The majority of council also believed that both companies would provide top candidates. After being stuck three-to-three on which one to choose, I finally agreed to support Waters & Company. Based on their timeline, we should have narrowed down candidates and have an idea of who we want to select by early December. Our work session lasted about two hours.

Friday, I participated in a meeting of the North Carolina Metro Mayors. Topics of discussion included sales tax redistribution, bond referendum date, historic tax credit and budget conferees getting closer to agreement. Our meeting concluded after about 30 minutes.

Sunday, I attended the 30th anniversary of the Friends of the Page-Walker event. There were about 100 people in attendance, including former Mayor Koka Booth and several former council members. It was a who’s who of Cary’s history for the last 30 years.

The ceremony lasted about half an hour and included three speakers. The first two speakers, Anne Kratzer and Brent Miller, talked about the history of the Friends of the Page-Walker. I spoke about the importance of the Friends to the Town of Cary.

Here is an excerpt from my remarks:

…On behalf of the Cary Town Council and the 153,000 citizens who call Cary home, I want to congratulate the Friends of the Page-Walker on 30 years of enriching our community. We’ve seen you assemble to serve as guardians for the Page-Walker Arts & History Center, advocate for the preservation of Cary historic sites, archive history for tomorrow’s residents, and generally promote the cultural arts in our community. You have evolved from a grassroots single purpose organization into a multi-faceted group that provides on-going services to the people of Cary. Our unique and close working relationship helps make the Page-Walker Arts & History Center the valued community resource that it is today. It truly is a prime example of a private/public partnership that works. At the Town of Cary we value our volunteers and believe an involved citizenry is the hallmark of a strong community and an effective government. Because of you, Cary has arguably the highest quality of life in Wake County. We know that with you, we will achieve the best results through effective teamwork, strategic partnerships and community participation…

After the ceremony, the crowd enjoyed ice cream, provided by Ashworths Drugs, in the courtyard. There was even a photo stand in, where council member Bush and I had a picture made. I left the event at Page-Walker after about two hours. 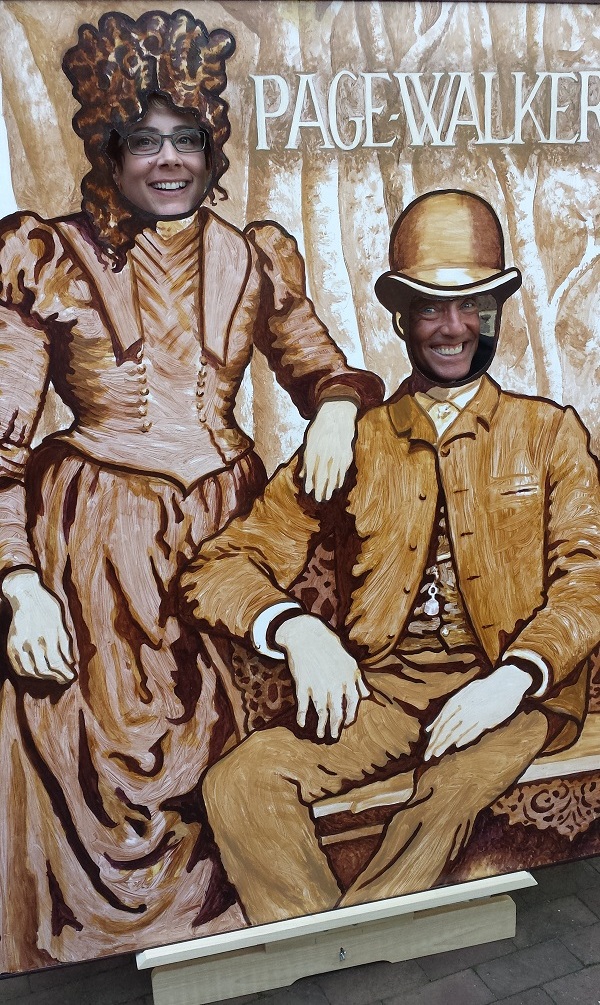 Well, that is all for this week. My next post will be on Sunday, August 16th. Although I have Facebook and Twitter accounts those are not the best means of communications with me. Please send all Town of Cary questions or comments to Harold.Weinbrecht@townofcary.org and email personal comments to augustanat@mindspring.com.