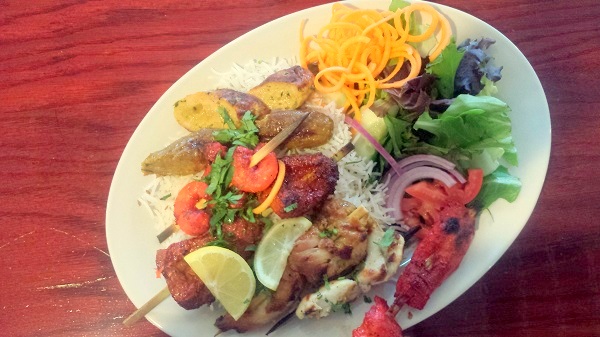 Cary, NC — I visited the new Kababish Cafe in Downtown Cary to meet the owners.

The Kababish Cafe just opened on Friday, August 7, 2015 in the former UnVine’d space at the corner of West Chatham Street and Harrison Avenue in Downtown Cary. The building also houses the Cary School of Music and the Cary Innovation Center.

Samreen Nawaz, or “Sam,” and her husband Syed Yousuf are from New York City. Sam worked as a research analyst, and Syed, who holds the title as the Kababish Cafe’s executive chef, worked as a computer engineer before he made the switch to opening his own restaurant.

“His passion has always been cooking,” Sam said. 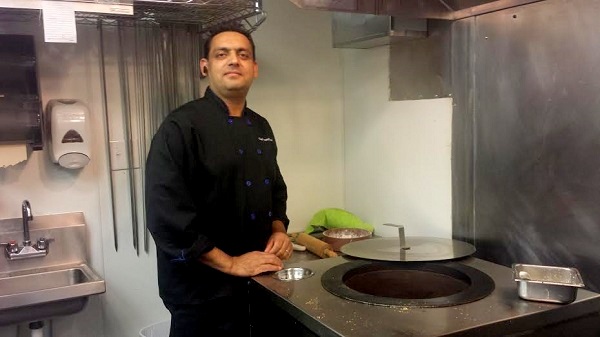 Sam and Syed aren’t new to the business, though – the couple moved to Cary in 2006 and owned a similar restaurant in Raleigh before they decided to open the Kababish Cafe.

Indian Food for All Tastes

“We chose the name “Kababish” because we have kebabs and cuisine of all types – Mediterranean, Indian and Pakistani,” Sam said. The name comes from a play on the word “shish kabob,” and the “ish” represents that the cafe serves “kebabs and more.”

The Kababish Cafe menu is, essentially, endless, because Yousuf makes it a priority to customize food to his customers’ tastes. “People think of Indian food as spicy, so we want to tell people that we have the spices without making it spicy,” Sam said. The Kababish Cafe menu features lamb burgers and classic burgers, wraps, goat, fish, shrimp, chicken and more.

Serving fresh, healthy foods and having plenty of vegetarian options is also a priority at the Kababish Cafe – Yousuf doesn’t deep-fry anything, and all his fruits and vegetables come from the farmers’ market in Raleigh. He uses the fresh fruit to make delicious smoothies.

Sam and Syed were kind enough to give me a smoothie and a plate of food to try during my visit. I tasted two kinds of chicken kabobs, shrimp kebabs, lamb kebabs and a fragrant, long-grain Basmati rice. The dish was served with sweet and tangy tamarind sauce and naan.

I plan to go back soon to try Kababish Cafe’s Gulab Jamun, a cheese dessert served with sweet syrup and topped with nuts. This is one of my favorite Indian desserts.

Sam is excited to own a business in Downtown Cary and wants to support the community. She has already hung artwork from local artists in the Kababish Cafe and will switch it out on a four-week rotation. She also plans to have children from the Cary School of Music perform in the restaurant. “I want to have beauty all around me here, in all different forms,” she said.

Sam told me about a great lunch special. The vegetarian option starts at $8 and includes your choice of two daily specials and sides like naan, rice and even dessert.

You can call ahead to pick-up your order or dine in the cozy atmosphere.

The Kababish Cafe is now open for business, and plans are underway for a grand opening celebration. Follow the restaurant on Facebook or stop by to meet the owners! 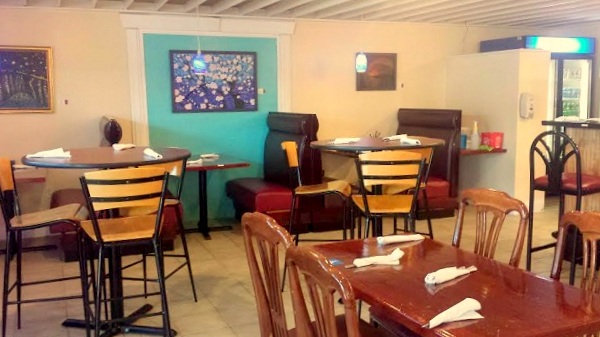 CaryCitizen is sponsored in part by Studio 180 Salon in Downtown Cary.