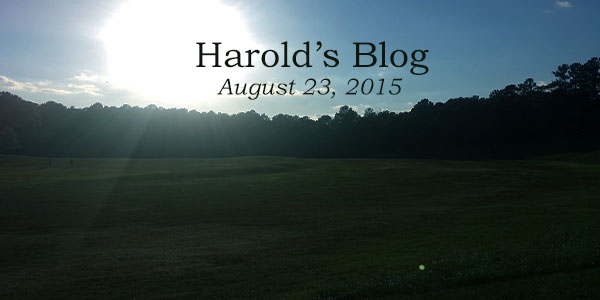 Cary, NC — This week was dominated by small meetings and events.

Monday, the council met in closed session with a consultant to discuss the process of hiring a new town manager. The main purpose of this meeting was to go over the job description draft and provide our insights of what we expect of a town manager.

Monday night, I attended a meeting of the Wake County Mayors Association. Nine of the twelve mayors were in attendance. Absent were mayors of Holly Springs, Wendell, and Garner. We had a very short agenda and spent most of the time talking about the Centennial Authority and their plans for expansion of the RBC center.

Tuesday I headed to Washington, North Carolina to attend a funeral for a dear old friend who lived to be 91. At my age, I tend to go to more and more funerals every year.

Some of their outreach services include a food pantry, a crisis ministry, education scholarships, childcare, job training and assistance with Cary Parks and Rec. God bless them for all they do for our community. They can always use volunteers and donations, so please help if you can.

Wednesday, I attended and chaired the monthly meeting of the executive board of the Capital Area Metropolitan Planning Organization (CAMPO). CAMPO is made up of 19 municipalities and 5 counties that make decisions on regional and local transportation issues.

I chaired this meeting because the chairman was out of town and I currently serve as vice chair. Running a CAMPO meeting was much different from running a town council meeting. One of the main differences is that you gavel at the beginning and at the ending of each public hearing.

I am a firm believer that a gavel should be used only to open and close a meeting. The CAMPO agenda was not that long, so I went through it rather quickly.

We ended after 41 minutes, and I was told that was a record.

Thursday, I attended a reception for visitors from our sister city in Markham, Canada.

I made remarks and read a proclamation in honor of their visit and their ongoing commitment to Cary. Here are excerpts from my comments about Sister Cities and about our official town crier from Markham, Canada:

…In Cary, we have a long tradition of not just celebrating but also encouraging and exploring diversity. We work to achieve this by partnering with cultural groups within our community. We’re proud to say that Cary is home to a diverse population of many different backgrounds and through our Sister Cities program, which strives to further global understanding by building personal relationships with cities throughout the world. Today, Cary has unique, community-to-community relationships with Le Touquet, France; County Meath, Ireland; Hsinchu City, Taiwan; and Markham, Canada. Since its creation in 1992, the Town’s program has focused on cultural and artistic exchange, education, government and economic development as a means to help bridge both the physical and philosophical distances that too often divide us as world citizens. I’m excited to host this event on the eve of our Lazy Daze weekend, which always officially starts with our Town Crier and Markham, Ontario resident John Webster. John and his wife Mary help not only make our festival special but also represent the bonds forged by our Sister Cities Program…

Also in attendance at this event were two chefs from Hsinchu City that are spending a month traveling around the United States visiting their sister cities and providing cooking demonstrations. They provided samples of their expertise at Lazy Daze. Cary is blessed to have such great sister cities that help us form personal bonds with people from around the world.

Friday, I participated in a meeting of the North Carolina Metro Mayors, which was mostly an update on legislative items. The discussion centered on the proposed sales tax redistribution which could cost Cary millions of dollars in revenue.

This year, the festival was held on Town Hall campus since Academy Street is undergoing a renovation to update utilities and the streetscape. I enjoyed the new location and hope it is included in future Lazy Daze. We’ll see.

In emails from staff this week we were asked to remind citizens that nominations for the Hometown Spirit Award will be accepted through September 18, 2015.

Nominate a Resident for the Hometown Spirit Award

The Hometown Spirit Award is bestowed annually on a Cary resident who enhances the quality of life in Cary by preserving, promoting and carrying out positive and quantifiable traditional small-town community values and traits as embodied in the following criteria:

So if you know of someone who meets these criteria, please fill out a nomination form and submit it to the town clerk’s office at virginia.johnson@townofcary.org.

Emails from citizens this week included complaints about a fee increase at the community center, requests to demolish a uninhabitable house in Oxford Hunt and several requests to attend events.

Next week will include the 2nd regularly scheduled council meeting of the month; a work session on board appointments, the new library and the winter council-staff retreat; and a meeting with a few county commissioners about transit.

Well, that is all for this week. My next post will be on Sunday, August 30th. Although I have Facebook and Twitter accounts those are not the best means of communications with me. Please send all Town of Cary questions or comments to Harold.Weinbrecht@townofcary.org and email personal comments to augustanat@mindspring.com.