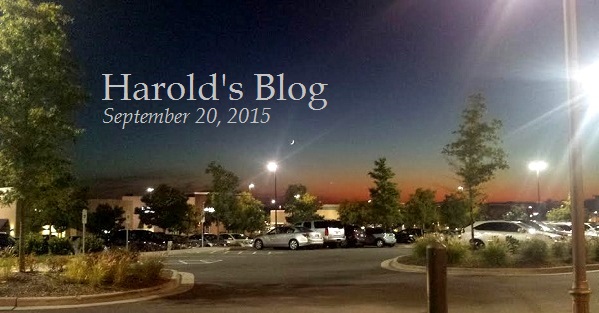 Cary, NC — A lot of my time this week was involved with the Cary Tennis Championships.

Monday and Tuesday, I participated in the Cary Tennis Championships Pro-Am. Monday’s pros included Ryan Harrison, who was a former top 50 player in the world. On Tuesday, I played with a collegiate player from North Carolina and with one from Duke.

Later, I watched a great three-set match. Cary is very fortunate to host such a great event, and this tournament fits with our strategy to bring in high-profile events at our three main venues.

Wednesday, I attended the monthly meeting of the Capital Area Metropolitan Planning Organization Transportation Advisory Board’s executive committee (try saying that three times fast). In the meeting, we approved a draft of the Transportation Improvement Plan through 2040.

Morrisville Parkway Will Close in 2016

We also prioritized projects for bicycle, pedestrian, transit, and roads. Updates from NCDOT warned us that Morrisville Parkway will be closed for six months starting in February. This will be a huge inconvenience for Cary and Morrisville residents.

Thursday morning, I attended the Cary Chamber’s candidate forum. It was nice being unopposed and being able to watch and listen to the candidates.

Here are my observations about the District B candidates:

Here are my observations about the District D candidates:

There was no clear winner in this forum.

Next Date for Debates

The chamber’s format was opening remarks, three questions and closing remarks. On September 28, 2015, the candidates will face off in the Cary Theater at the Heart of Cary debates. See you there!

Thursday, the Cary Chamber of Commerce and Wake County Economic Development announced that Align Technology has established its first East Coast operation in Cary. They plan to invest $4 million and create over 100 jobs in Wake County over the next five years.

The Cary facility is one of only two locations in the country, which is headquartered in San Jose. Align Technology is a global medical device company that designs, manufactures and markets the Invisalign system, the world’s leading invisible orthodontic product, as well as 3D digital scanning products and services for orthodontic and restorative dentistry.

The company has numerous open positions in its North Carolina office. Most of the currently open positions are in Research & Development and are focused on software product development. This is another great win for Cary, which has brought over 10,000 jobs to town since 2008. Cary now has more people coming into town for work than leaving.

Friday, I participated in a meeting of the North Carolina Metro Mayors Association.

Most of the meeting was spent reviewing the legislative budget that was passed and signed by the Governor. It was pointed out that our efforts helped protect our revenue from sales tax.

The decision that effectively killed “light rail” was discussed.

The concern was that light rail was not clearly defined and could be expanded to kill other transit programs in urban areas. Although the budget was passed, there remains about a week of bills in the legislature. The mayors are stilled concerned about what they legislature might do during this week that would harm metro areas.

Saturday, I gave welcoming remarks at the 2015 Dragon Boat Festival held at Koka Booth Amphitheater. More than a dozen dragon boats raced to the beat of drums on Regency Lake.

Over 1,000 people enjoyed cultural performances and delicious ethnic foods. Although I was only there for a short while, the event lasted all day. It was another event that emphasized our diverse citizenry and our town’s embrace of different cultures.

Sunday I attended the finals of the Cary’s first Cary Tennis Championships. I was able to witness the finals of both doubles and singles. What amazing talent! I was blessed to be a part of the awards ceremony. This was a great tournament for the Town of Cary.

Things went very smoothly, despite only having two months to prepare. Thanks to all the sponsors, staff and volunteers for making this happen.

I am sure next year’s tournament will be even greater.

Thank You to Parks & Rec Volunteers

Due to the late finish of the tournament, I was not able to attend the picnic for the Parks, Recreation, and Cultural Resources volunteers as I had planned. I do want to thank the many volunteers that make that award winning department one of the best in the state.

We are truly blessed to have so many citizens willing to step up.

In emails this week, I received a questionnaire from Cary News. Unfortunately, the questions were delivered with less than three days to respond. Most entities give a least a week or two with questionnaires. Short time lines make it extremely difficult when the questions are leading and my time is limited with a full-time job in addition to being mayor.

Some of the leading questions implied that we weren’t thinking about downtown parking, we weren’t considering schools and that we were encouraging growth. The biggest issue with their questionnaire is that they reserve the right to edit my answers. How unethical is that?

Unfortunately, fair and balanced reporting from our local newspaper disappeared a LONG time ago. If you would prefer to read an unedited version about what the candidates really have to say, I would encourage all to read CaryCitizen’s campaign coverage.

It is much more in-depth and unedited.

Next week will be a busy week and includes what looks like one of the longest council meetings since I have been mayor. Activities for next week also include the Cary Chamber banquet, a meeting of the Wake County Mayors Association, and participation in a charity event.

Well, that is all for this week. My next post will be on Sunday, September 27th. Although I have Facebook and Twitter accounts those are not the best means of communications with me. Please send all Town of Cary questions or comments to Harold.Weinbrecht@townofcary.org and email personal comments to augustanat@mindspring.com.

2015 Guide to Fall Fashion in Cary