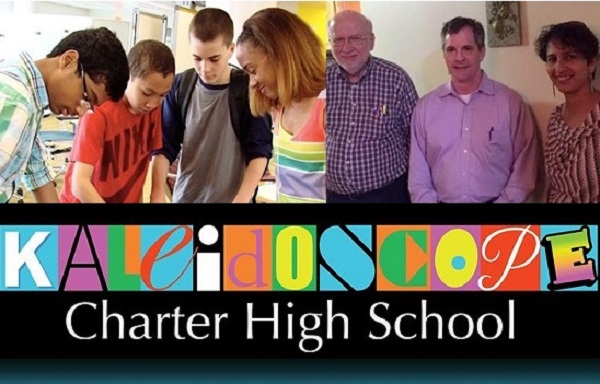 Morrisville, NC — We talked to Morrisville Mayor Mark Stohlman to learn more about Kaleidoscope, a new charter high school expected to open in Morrisville in August 2017.

Why a New School?

In 2012, Mayor Stohlman was approached by a group of concerned parents, teachers and school administrators frustrated by the fact that Morrisville doesn’t have a high school.

“While we are one of the fastest growing towns in Wake County, we’re are still the only one without a high school,” Stohlman explained. “This group was interested in applying for a charter high school as a way to meet the growing demand in Morrisville.”

As Morrisville’s mayor, Stohlman hears those frustrations regularly. “In addition to working with Wake County Public Schools on a traditional high school and private companies on for-profit schools, I wanted to do all I could to fill that void we currently have,” he told us.

The high school will be named Kaleidoscope Charter High School. The name was created by the school’s founder, Lara Visser, an architect/artist from South Africa.

Since the Triangle community is very diverse – Morrisville in particular – Visser and the board believed the name Kaleidoscope would represent the school’s desire to provide the best high school instruction of core-subjects by incorporating creativity and 21st century teaching techniques such as project and problem-based learning.

Over their four years at the school, students will compile a portfolio and create a senior year project which could be used for college admissions and beyond.

When we asked Stohlman why he was excited about this school, he said:

All of our Board Members are passionate about creating a charter high school to empower young people to be the best they can be in their lives, become contributing members of society and become accountable for their education. A “student-centered” learning environment gives young people an opportunity to be self-motivated and independent learners while being instructed and guided by teachers and experts in a variety of fields.

Kaleidoscope Charter High School is expected to open in 2017, pending acceptance and approval of the charter school application by the NC Department of Public Instruction.

“The application is being submitted this week,” Stohlman said, “so we should find out by year’s end if we made the first cut.”

Parents of students who will be rising 9th graders in August of 2017 are encouraged to investigate Kaleidoscope. Like the school on Facebook or visit the website.

CaryCitizen is sponsored in-part by College Nannies & Tutors of Cary.

Medicine Drop – This Weekend in Cary
Scroll to top