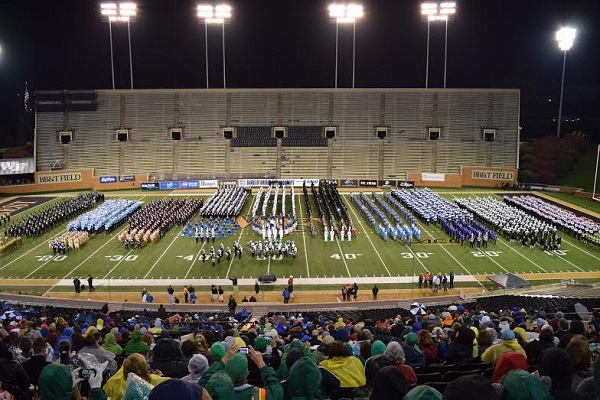 Three high school marching bands from Cary proudly represented our town as finalists in the Band of America’s (BOA) Regional Championships last Saturday in Winston-Salem. In windy and rainy conditions, the students all performed extremely well, especially considering that members were on the bus before dawn on Saturday and were not home until 2 am on Sunday. 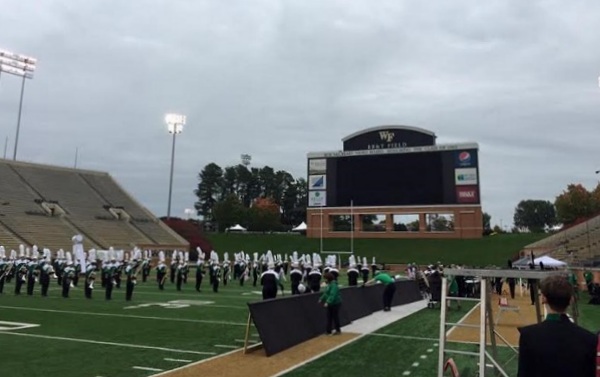 After the preliminary performances in the morning, Panther Creek placed second and Green Hope placed third. Based on overall scores of all 24 bands performing, only 10 bands qualified to advance to finals that evening, and all three Cary High school bands scored to be able to be part of BOA Regional Finals. Amidst the rain and wind, all the bands performed impressively.

Although these three high schools are competitors, the Cary band community is strong. Green Hope’s Band Director shared with me that:

Two Cary High School Band parents came up to me just before finals to tell me that several of our Green Hope kids stopped what they were doing to offer assistance when the Cary parents dropped a large container of snacks. They wanted me to know how grateful they were for how helpful and courteous our students were.

It takes load of volunteers to help these hard-working students, and the loyalty of the Cary band community continues to inspire me.

At the end of the event, each marching band’s members assembled on the field for final awards:

All the bands look forward to performing in the stands and at half time in future football games and competitions. Visit the high schools’ websites to see when they will perform next, and let’s give a round of applause to all the high school bands from Cary!