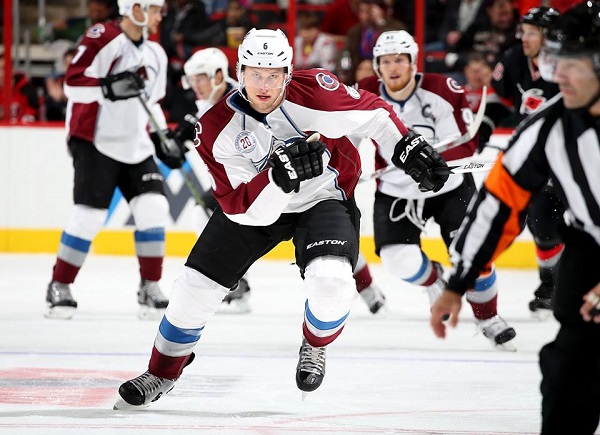 Raleigh, NC — On Friday, October 30, 2015, the Carolina Hurricanes continued their October winning streak with a 3-2 win against Colorado at the PNC Arena.

What a Difference a Year Makes

Last season, the Carolina Hurricanes did not win one game in October. This year, they ended the month with a three-game winning streak, finishing 5-6 for the month.

The Canes had a season-long road trip that started off with a nice win in Detroit but then a poor showing in Washington the next night. The Canes bounced back with a nice 1-0 OT win in Colorado but then had twp poor games on the west coast and lost to both the L.A. Kings and the San Jose Sharks. The Canes started their current winning streak on a return trip to Detroit then ended the road trip with an exciting come-from-behind win in OT against a strong N.Y. Islander team. Both OT wins were the new 3-on-3, which is very exciting.

The Canes continued the winning streak with a 3-2 win against the Colorado Avalanche at the PNC Arena for their first October win at home in three years.

The Canes, who are currently tied for the second longest current winning streak in the NHL, would face a tough game against Tampa Bay on Sunday to keep it going. With Friday’s game being the day before Halloween, there were several Caniacs dressed up for the occasion. Some were down right outstanding and funny.

The game started off with the Canes dominating possession time with the Avalanche doing some good forechecking to keep the Canes from effective shots. The Canes did get into penalty problems in the first period, though. Victor Rask got called for interference, then John-Michael Liles flipped the puck over the glass 90 seconds later, giving the Avs a 5-on-3 for 30 seconds.

The Hurricanes’ penalty kill was solid, with Jay McClement doing a great job along with speedster Nathan Gerber. The period ended with no scoring and Cam Ward shutting down the Avalanche for four periods plus the OT in Colorado.

The Avalanche struck first, when Mikhail Grigorenko passed to Alex Tanguay, who was supposed to be covered by rookie Noah Hanifin. The scoring play will go down as one of those hard lessons that Hanifin should learn from – that at no time in the NHL can you give a player, let alone one as skilled as Tanguay, an inch. One of the few things the coaches want Hanifin to do more is to use his 6’3” frame and take the body more. At the 12-minute mark, Kris Versteeg skated down along the sideboards and put a perfect pass on the tape of Rask as he was crashing the net with Rask tipping the puck into the net to tie the game 1-1.

Later in the period, the Canes were on their third power play of the game and had excellent possession in the Avs’ end. Versteeg had the puck along the left face-off circle and threaded a pass cross-ice to Ryan Murphy on the far side.

Murph thought of forcing a pass into the crease but made a better decision in passing to Justin Faulk inside the blue line. Faulk took one stride and sent a power blast towards the goal. Avalanche goalie Semyon Varlamov made an initial pad save, but the puck had enough behind it that it trickled in to give the Canes a 2-1 lead.

Jeff Skinner had an excellent period but couldn’t score, and his frustration showed as he banged the butt end of his stick against the boards as he was exiting the ice.

Early in the third, the Canes continued to control most of the possession deep in the Avs’ end. Just over the five minute mark, rookie Brett Pesce did a nice job keeping the puck alive in the Avs’ end then passed over to Riley Nash. Nash fed Skinner down low, with Skinner taking the puck behind then around the net to line up a shot.

With traffic in front, Skinner sent a slinger of a shot that went in high far side. The Canes went into a defensive shell for most of the last half of the period, as the Avs were pressing. With two minutes to go, Avalanche coach Patrick Roy pulled the goalie for the extra attacker.

With 30 seconds to go, the Avs won a crucial face-off to the left of Ward. With eight bodies falling and shoving in front of Ward, the puck managed to slip in, making the final score 3-2.

Look for my next article for a recap about the Carolina Hurricanes’ home game against the Tampa Bay Lightening on Sunday, November 1, 2015.

History: The Ghost of High House