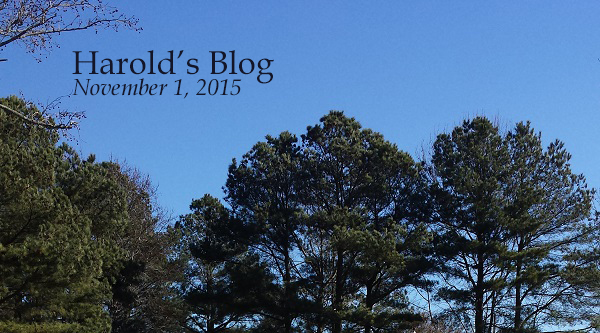 Cary, NC — This week included several meetings which resulted in a couple of long nights.

Monday, I met with the interim town manager to go over a couple of issues.

The first issue we discussed was the Westhigh rezoning, which was tabled at the last council meeting. Residents had expressed the questions and concerns about the proposed collector road. There are three types of collector roads, and the interim town manager said he would let me know which one was included in the Westhigh application.

Next, we discussed the upcoming work session scheduled for November 17th. This will be a long work session with three major topics – the Imagine Cary process, the latest information on the downtown library and questions about the council staff retreat.

Monday evening, I participated in a Cary/Morrisville Joint Issues Committee meeting. Joining me from the town council were council members Bush and Robinson. Several topics were discussed, and here are some of the takeaways:

The next meeting of this committee will be early in 2016.

A date has yet to be determined. One of our discussions will focus on what legislation in the short session might impact our communities.

Monday night, I briefly attended a meeting of the Kildaire Farm Homeowners Association. I spent about half an hour answering questions. Most questions were focused on road improvements, sidewalks and greenways. This was the second time I attended part of their annual meeting.

I hope to be invited to future meetings.

Tuesday, the council met in closed session to review the information about candidates for the town manager position. After two hours of discussion and review, the town council decided to conduct initial interviews with six candidates. Depending on how that goes, the council may or may not interview more candidates. The interviewing process will take place as soon as candidate, council and consultant calendars all have availability.

The council is still on schedule to appoint a new town manager by the end of the year.

Wednesday, I had a private meeting with a well-respected Cary resident on three topics – the town manager, public art and a public-private partnership.

I am so proud to live in a community where residents care enough to want to meet with elected officials about crucial issues that will impact the town’s future. Our citizen involvement is one of the main reasons Cary is such a great place.

Saturday, I had the pleasure of attending the 57th Cary Band Day competition.

The exhibitions by the host, Cary High School, and guest James Madison University was spectacular. If you have never been to a band competition, you should go to at least once in your life. You would be amazed at the sound coming from those bands.

Especially with a large college band like James Madison that has 480 members. BTW, Cary High School will be marching in the Macy’s Parade next year and needs our support. Please go online at to donate to help our young Cary ambassadors get to New York.

The committee for the Wake Transit Plan met last week and recommended to the Wake County Commissioners that we move forward with bus and wait on rail. There were concerns about what the legislature is doing to the Durham/Orange Light Rail project. It appears the referendum will be on the November 2016 ballot.

Staff also sent out notification that water pressure will increase in the Southern Pressure Zone. This will mostly impact customers along Kildaire Farm Road. Staff is sending out notices and more information can be found online.

Next week, I will have a light schedule. Activities will include a quasi-judicial council meeting, a speaking engagement at Cary Academy and two ribbon cuttings.

Well, that is all for this week. My next post will be on Sunday, November 8th. Although I have Facebook and Twitter accounts those are not the best means of communications with me. Please send all Town of Cary questions or comments to Harold.Weinbrecht@townofcary.org and email personal comments to augustanat@mindspring.com.