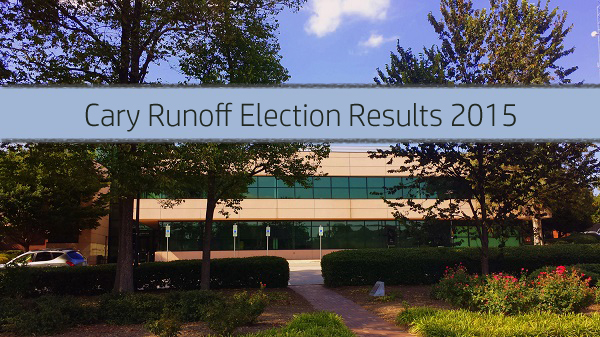 According to unofficial results from the Wake County Board of Elections, Ken George secured 60.8% of the votes in yesterday’s runoff election. George will serve District D within Cary Town Council. This seat, which represents the southwest portion of Cary, was formerly held by Gale Adcock, who is now representing Cary in the North Carolina General Assembly.

Maria Cervania, the only other Cary candidate in the race, received 39.92% of the votes.

George will serve Cary with incumbents Mayor Harold Weinbrecht, Lori Bush and Don Frantz, who were reelected in the October 6, 2015 election.

Get the full results of the November 3, 2015 election at Wake County Board of Elections.