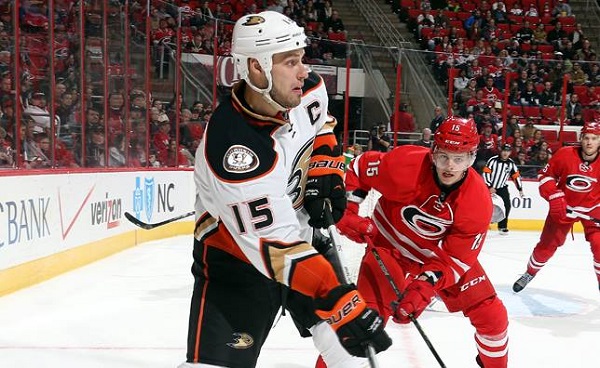 Raleigh, NC — The Carolina Hurricanes dropped their fourth game in a row, this time to the Anaheim Ducks, 4-1 ON Monday, November 16, 2015 at the PNC Arena.

The only bright spot of the game for the Canes was when rookie Noah Hanifin scored his first NHL goal. Every players relishes their first goal, but all would like it to be in a win – or even better – the winning goal. Hanifin will have to settle for at least not letting the Canes get shut out.

The Canes had a great chance to grab the early lead when they got a power play just 13 seconds into the game. The Ducks were pegged to be a top team in the west this season, but they’re mired in the muck as much as the Canes, as they also started the game with just 14 points. The Canes could muster any effective offense on the power play, which has continued to be a sore point with the coaches.

The Ducks lit the lamp a little over mid-way in the period on a weak turnover. Eddie Lack tried to clear the puck from behind the net but didn’t have enough leverage, so the puck was intercepted at the half boards. After a short pass, the puck was centered to the crease where Shawn Horcoff was positioned in front of Justin Faulk.

Faulk did tie up Horcoff, but the puck ricocheted off Horcoff’s skate directly into the net. The rest of the period was sloppy in all three zones by both teams. Neither team was a threat, with the shots ending up five for the Ducks and four for the Canes.

Early in the second, Joakim Nordstrom skated from his blue line to the far face-off circle in the Ducks’ end, sending a slick drop-pass to Hanifin, who had just got on the ice. Hanifin skated hard to make sure he touched the puck on sides.

Then, with Chris Terry creating a screen, he sent a hard slap shot that beat former Anton Khudobin stick-side. Seeing his face light up and the sparse crowd of 9,500 sound like a full house was great. Unfortunately, that was the one and only Canes highlight, as you could almost say the game plan was “start out slow and then taper off.”

There were moments of good play, but they were’t consistent. Nathan Gerbe did not let being squandered to the fourth line affect his play one bit. He still gives 100% every shift and uses every bit of his 5’5” with leverage better than anyone in the NHL. There are other players that have that intensity on shifts, but no one has it on every shift like Gerbe.

The Canes tried to desperately tie the game, putting up the most shots in a period for the game, but Anaheim matched the Canes shot-for-shot at 11 a-piece.

One noticeable thing lacking was a large body, or even any body, in front of the Ducks’ net. Khudobin probably never saw the crease that empty at practice when he was a Cane. I would think that, with the next game on Friday against Toronto, that it will be addressed by the coaching staff. The Canes have had Toronto’s number for the past few years, and, with the Leafs having another dismal season, the Canes have to look at this game as a must-win. 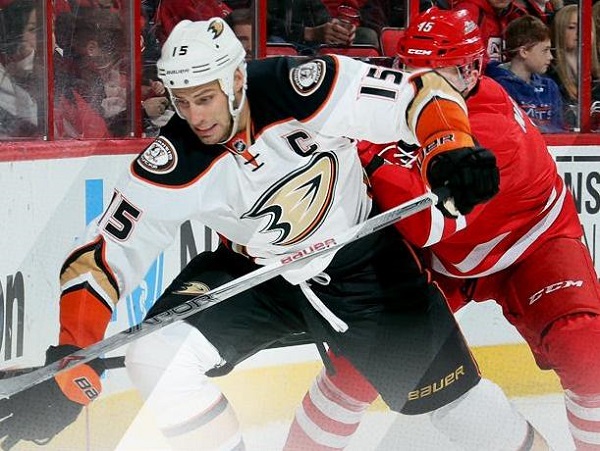 There should be a good crowd but seats are still available at the Canes’ Friday, November 20, 2015 game against Toronto. Be there!

2015 Guide to Holiday Events in Cary