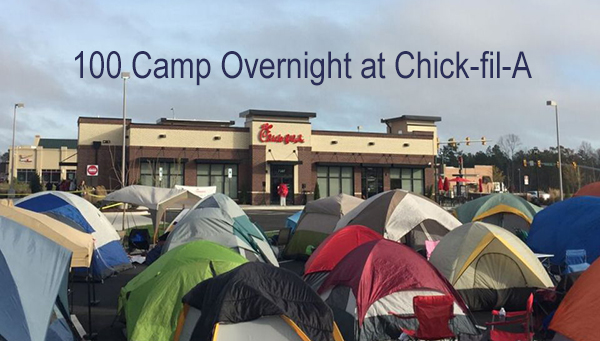 Cary’s newest Chick-fil-A opened its doors at 6 am on Thursday, November 19, 2015 in Parkside Town Commons. Crowds had already gathered early Wednesday morning, though, in hopes of winning free meals for a year by being the first 100 customers in line. 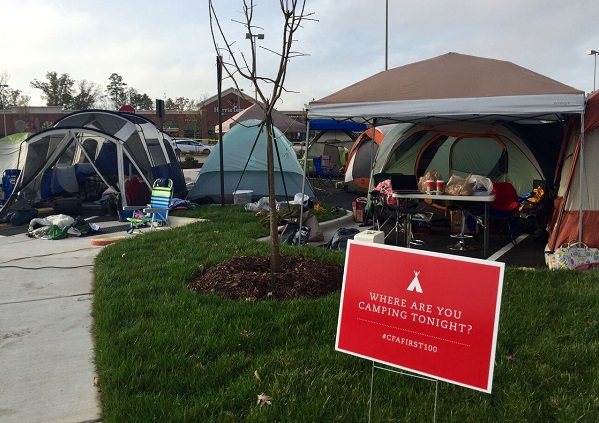 Adriana Desiderio, who handles communications for Chick-fil-A, told me that nearly 70 people arrived by 6 am on Wednesday, November 18, 2015. As you can imagine, the next 30, plus some, arrived shortly after. Though not yet open, Chick-fil-A was ready for the crowd.

While waiting on Wednesday, the crowd of over 100 people was entertained with live music and dancing. They were given breakfast, lunch and dinner. People pitched their tents, read books, met friends and even brought their laptops to get some work done. 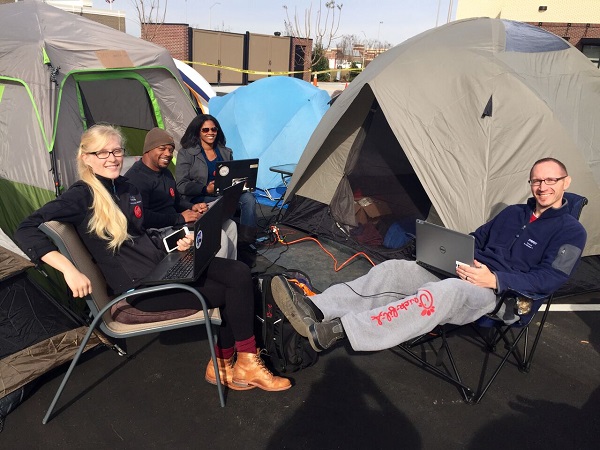 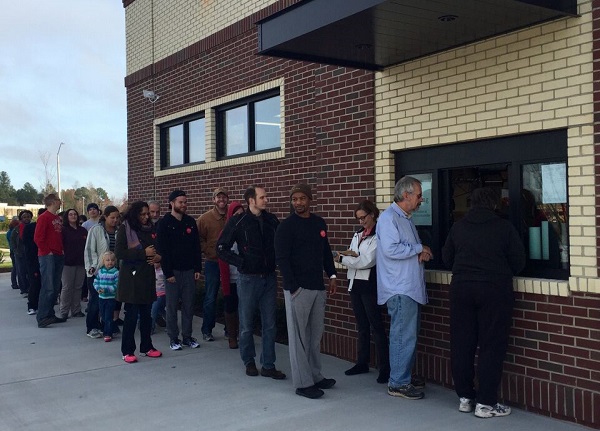 Free Meals for a Year

As promised, the first 100 people in line on Thursday morning won free Chick-fil-A for one year. This “First 100” promotion has been the chain’s signature grand opening event for 12 years now.

The Parkside Town Commons Chick-fil-A awarded those who waited over $32,000 worth of free food, and the lucky 100 walked away with a digital card loaded with a year’s supply of free meals. The promotion has given out more than $25 million in free food since it began.