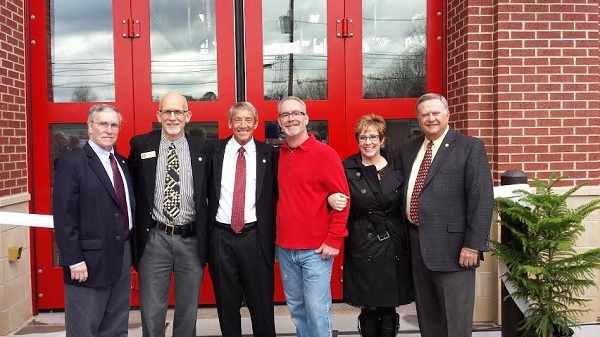 Cary, NC — This week was the last full week before the long holiday break.

Monday, I had my weekly one-on-one meeting with the Interim Town Manager. We discussed the downtown park, development on Chatham Street, streetscape issues, right-of-way issues and the council-staff working retreat. Our meeting lasted about half an hour.

Tuesday, the council held a work session to review and approve the goals of the town’s boards and commissions. Staff and council liaisons worked with their respective boards to update the goals for this coming year to make sure they align with the town’s mission statement and statement of values. The work session consisted of each board chair presenting their goals and then answering questions. After all boards had made their presentation, the council unanimously approved the goals. The work session lasted about 45 minutes.

Wednesday, I met with several representatives from Columbia Development. They are retail developers that are interested in the site bordered by Cary Towne Boulevard, Maynard Road, Chatham Street and I-40 called the “state site.” This is a significant portion of the Eastern Gateway for Cary. They presented a sketch plan which showed office, apartments and retail.

The council is planning on reviewing the Imagine Cary chapter for the eastern gateway at the end of January. Early next year, Columbia development is planning on entering an application for this property. In the meeting, I suggested that they attend the council discussion on the Eastern Gateway for proceeding. Our meeting concluded after about half an hour.

Later Wednesday, I taped the January episode of Cary Matters with council member Frantz. The main topic of the episode is the town manager search process. Other topics included the future downtown library, legislative action that impacts how council votes and information about the new community garden. Our taping session lasted about thirty minutes.

Thursday, I met with a young lady interested in getting politically involved on a local level. Our meeting included how I initially got involved in politics and my philosophies. Then we toured the council chambers and offices.

…A former Michigan State Senator said, “Firefighters are essential to the safety and security of our local communities. We owe it to these men and women to provide them with better training and equipment so they can do their jobs more effectively and safely.” I choose his words because he so aptly described how we feel about our firefighters here in Cary.

Nationwide, firefighters are beloved and revered. And rightly so. We call on these brave men and women to rescue our loved ones, save our property and belongings and for every emergency imaginable. The love for firefighters is shared here in Cary, and the results of our most recent biennial survey in 2014 confirm this. Our citizens gave our fire department the highest marks for any Town department – an A+ for response time, problem solving, courteousness, fairness and competence.

In 2012, Cary citizens showed their support of our firefighters by overwhelmingly passing the Fire Station Bonds Referendum. It was through our Bond Initiative that we’ve been able to build this, our newest station. While I understand that our firefighters don’t like the phrase “home away from home” we’re proud to be able to give our heroes this “almost” home away from home.

The Community Bonds also allow us to work towards several important goals we have at the town. First, we want to make sure fire department emergency travel times in Cary are five minutes or shorter. Our new station will help with that time. And, second, we want every firefighter trained not only to put out fires but also as an emergency medical first responder. In doing so, we’re able to save not only property but lives…

After remarks, participants joined the council in uncoupling a fire hose in front of the bay doors rather than cutting a ribbon. Then, the council took a tour of the facility. Thanks to the citizens of Cary for allowing the town to build such a great facility.

The rest of the weekend was spent in New York with my wife and oldest daughter.

Next week is a holiday week, and the only official duty I have is attending the Mayors Association holiday banquet. I will spend the rest of the week working at SAS, enjoying family time and starting the State of the Town address.

I hope everyone finds joy, peace and love during this holiday season.

Well, that is all for this week. My next post will be on Sunday, December 27th. Although I have Facebook and Twitter accounts those are not the best means of communications with me. Please send all Town of Cary questions or comments to Harold.Weinbrecht@townofcary.org and email personal comments to augustanat@mindspring.com.

A Day at the White Oak Creek Greenway