Former teammates squared off on Saturday night when the Raleigh Revolt visited Cary for the first Raleigh/Cary mashup of this season. An evenly-matched game was anticipated, but the outcome was all Raleigh’s, as they handed Cary their third defeat of the season with a score of 125-113.

At the 15-second mark of the first quarter, the game was tied 3-3, but, from that moment on, Cary never quite caught back up with Raleigh. The game stats tell the tale that both Raleigh and Cary matched-up well – that is, except in three-point efficiency and team assists, which gave Raleigh the edge.

For the Revolt, former-Invasion shooting guard Freddy Little made the difference. With a game high of 25-points, 18 of them came from outside the three-point ring. One Raleigh fan stated that, “Freddie was on fire,” and that he was.

But he didn’t do it alone. The 80% of the remaining points scored by Raleigh were a result of six other players shooting in double digits – Brandon Hickson with 12, Kyree Bethel with 22 (12 of those points were from the three-point range), Daniel Jackson with 14 (six of those were from the free throw line), Jared Grady with 22 (10 were from the line), Jeremy Harn with 11 and Charles Gamble with 15 (six of his were earned at the line). 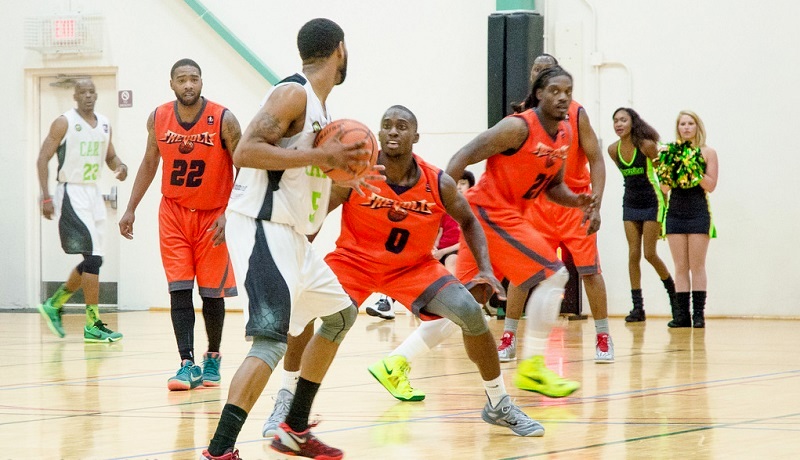 For Cary, shooting guard Paul Wright tied with Little for a game high of 25-points, including five three-pointers. Others in the double digits included point guard JJ Barbee with 23 (eight of them at the line), point guard Michael Smith with 20 and power forward Mike Devere adding 11 to the Invasion score.

Gate and concessions open at 6 pm and tip-off is at 7 pm.
Tickets are $10 for adults and $5 for youth. Children under five are free.