The cost for manufacture and installation of the sign totals about $4,015. 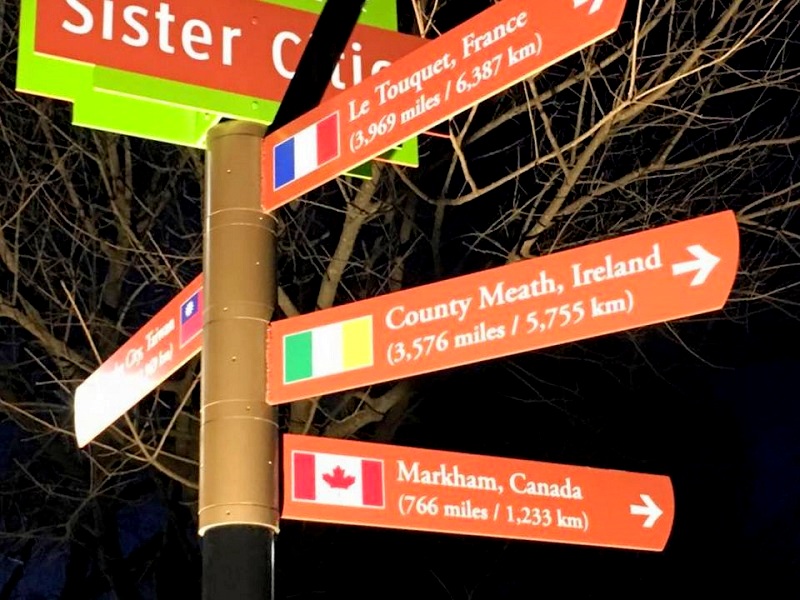 The sign was installed on Town Hall campus and is visible from North Academy Street and from the sidewalk that runs alongside the road. Once the new downtown park (near the Cary Arts Center) is completed, the Sister Cities sign will be moved to that location and will become a permanent feature there.

The sign’s design matches the other wayfinding signs you’ve seen around Cary directing you to Bond Park, downtown and other places. Since Cary will establish relationships with other cities in the future, the sign pole was built so additional blades can be added to it. The blades are oriented as correctly as possible to indicate the direction of each sister city.

The Sister Cities Association of Cary was founded in 1988 and established relationships with these cities in 1992, 1993, 2001 and 2002. The group, which is made up of all volunteers, works to provide fun cultural events for the Cary community and to foster relationships between Cary citizens and people in other countries.

A Look Inside Park Place