Apex, NC — Area residents have been watching for weeks as the new Costco on NC 64 takes shape. Now the company has announced the new store will open in March 2016.

The new 18-acre wholesale club will open in March in the now-under-construction Nichols Plaza. It is located on the north side of Route 64 between Lake Pine and Laura Duncan. There is also a side entrance off Laura Duncan Road.

Once completed, the shopping plaza will be home to additional retailers and restaurants.

Right now, the closest Costco for many area residents is the Raleigh store on Wake Forest Road. Another Costco is located in Durham on North Pointe Drive.

Meanwhile, Costco Gas is already open for business. The members-only filling station had prices of $1.72/unleaded and $2.07 premium on Monday, February 1, 2016. 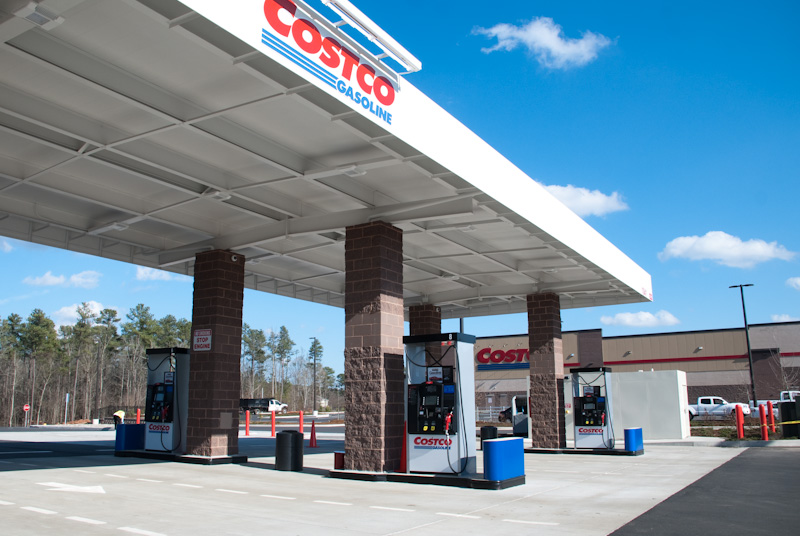