Austin Cooper, Fulbright Scholar and former CaryCitizen intern, first met Dr. Bullard, a talented geriatric psychiatrist, when she helped his grandfather years ago. Before that, Dr. Bullard had lost her leg after surviving a serious house fire. Now, five years into her recovery, she is struggling to pay for the last step – a prosthesis that would bring her basic mobility back.

Chapel Hill, NC — On February 20, 2011, Dr. Elizabeth Bullard arrived at the University of North Carolina (UNC) Hospital in Chapel Hill. Unlike most days, however, today she was the patient, intubated in the emergency room after suffering severe smoke inhalation.

The night before, her Chapel Hill home had erupted in flames.

Her parents were visiting, and, while running up the stairs, her dad had asked where the fire extinguisher was. Dr. Bullard recalls telling him that it was too late, that the house would certainly burn down. Her focus was on evacuating her mom, her dad and her two-year-old son, Henry, who had been sleeping in his room. The electricity was out, so her home phone and alarm system did not work. Dr. Bullard says her dad opened the garage manually and found the key in his car’s ignition.

Wanting to call 9-1-1, Dr. Bullard ran back in the house to find her cell phone. She says she stayed inside for less than a minute, rejoining her family as they watched the back wall of the house cave in.

Initially, it seemed as though no one had suffered a major injury, but ER staff placed Dr. Bullard on heart and lung bypass 12 hours after the fire. She remained this way for eight days, only to develop heart failure, renal failure and hepatic failure. Swelling and inadequate blood flow led to gangrene in her left foot, which necessitated its amputation.

Further surgeries progressively removed her leg, knee and hip up to the level of her pelvis.

Dr. Bullard says she was too weak at the time to appreciate what had happened to her leg. “I woke up and it was gone,” she recalls. She spent nearly three months in the intensive-care unit, communicating with blinks and an alphabet board, and almost a month in rehab. “It took weeks to get to the point that I could reach up and touch my face,” remembers Dr. Bullard, “and even longer to sit up on my own, to use the wheelchair, to stand up, and, weeks later, to drive [a car].”

Artificial respirators and dialysis machines had saved her life, but at the expense of her leg. “I wasn’t awake to see my son’s third birthday,” says Dr. Bullard, “but I finally saw him in April [2012].”

Dr. Bullard is a psychiatrist, specializing in geriatric care and perinatal mood disorders. Six feet tall and blonde, it comes as no surprise that she was born in Uppsala, Sweden, before immigrating to a Dallas suburb at the age of six. She completed her undergraduate degree, medical education and residency in Texas.

She moved to North Carolina for a position at the UNC Hospital, where she worked from 2007 to 2013. Despite Dr. Bullard’s training, talent and tenacity, recovery has nearly bankrupted her.

The initial surgery, hospital stay and rehabilitation cost more than $1 million, but Dr. Bullard’s state health insurance paid this fee. Unfortunately, that was only the beginning of her financial challenges. 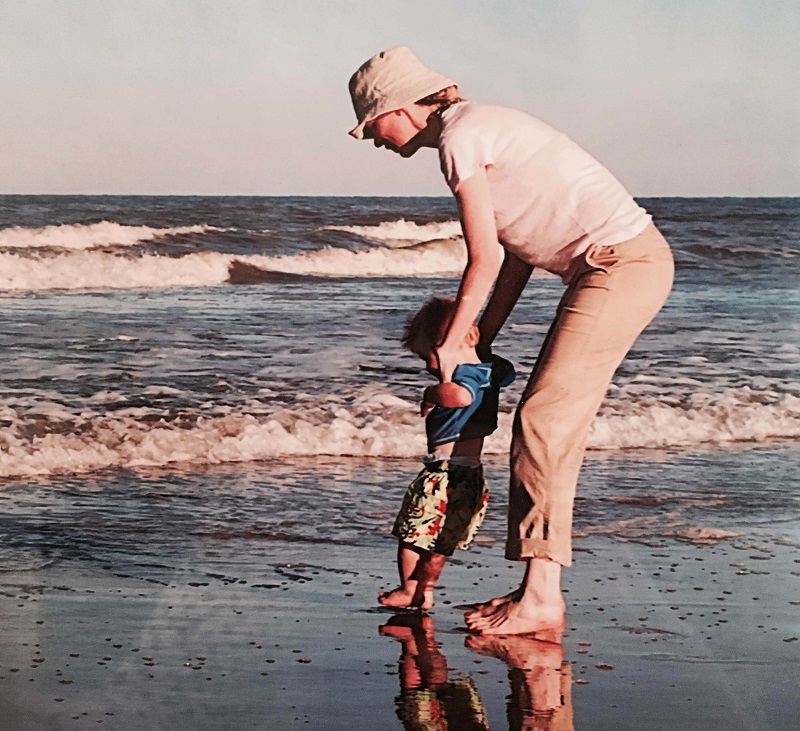 Due to the fire, Dr. Bullard was unemployed between February and August 2011 and has since undergone 15 additional hospitalizations. She left UNC Hospital in 2013 and has only been able to work part-time. She credits the hospital’s Human Resources department for helping her maintain insurance coverage.

“With UNC’s encouragement I applied for long-term disability [insurance],” she admits. “This was very humbling, as not working is simply not a part of physician culture. I felt conflicted and ashamed.”

Nevertheless, Dr. Bullard’s insurance lapsed in January 2015, forcing her to pay approximately $12,000 for a hospital visit precipitated by the dislocation of her artificial hip. Since 2011, she estimates having spent more than $40,000 out of her own pocket on out-of-network appointments and travel to see specialists. Due to the extent of her injury, Dr. Bullard was not able to wear a standard prosthetic. In order to walk again, she would require a new and experimental course of treatment.

“I met with local surgeons,” she explains, “but no one in this area had the experience or expertise to attempt reconstructive surgery. In March 2013, I met Dr. Eduardo Rodriguez, a world-renowned microvascular surgeon, who performed the first full-face transplant in the U.S. He felt that with a series of reconstructive microvascular surgeries, his team of plastic and orthopedic surgeons could build me a leg that would enable me eventually to wear an above-knee prosthetic.”

“This had never been done before.”

Medical expenses are not the only bills Dr. Bullard has had to pay since losing her leg. She divorced her ex-husband only one month before the fire in 2011. The legal bills started mounting immediately following her discharge from the hospital. At the same time, she was recuperating from surgery and beginning physical therapy. She recalls struggling to empty the dishwasher as she learned to be a single mother on one leg.

Now, Dr. Bullard faces one last obstacle on her long road to recovery. Over the course of two years and nearly a dozen surgeries, Dr. Rodriguez and his team succeeded in reconstructing a portion of her leg in order to support an above-knee prosthesis. She cannot, however, afford to fit and acquire it. She says ongoing legal fees related to her divorce, 10 hospitalizations in 2015, and especially her uninsured hospitalization in January have depleted every bit of her savings.

Dr. Bullard says the prosthesis would bring her professional and personal life closer to normal. She could resume her psychiatric practice and interact with her son, now seven years old, in new ways.

“To be able to walk would be life changing,” she says. “I imagine walking with my son, hand in hand. I imagine going to the grocery store on my own and pushing a cart. I imagine feeling more independent and spontaneous.”

Fulfilling her dream requires Dr. Bullard to fly to and spend at least a week in New York City. There, a team of physicians at New York University would work in tandem with prosthetic experts at Prosthetics in Motion to fit the prosthetic, create the custom socket, and help Dr. Bullard to start learning how to walk again. Dr. Bullard says this would be the first step in a long process of specialized gait training, likely delivered out of state as well.

Dr. Bullard’s insurance will pay 80% of the cost, but she anticipates at least $20,000 in copays, travel expenses and rehabilitation costs. This window closes on April 10, when she says she would have to re-apply for insurance coverage.

To defray the cost of her prosthesis, Dr. Bullard has launched a crowdsourcing campaign.

“I am finally here,” Dr. Bullard says. “This is the end of my five-year journey, and I have found myself in the terrible position where I can’t cross the finish line because of financial struggles.”