The Triangle’s first Newk’s Eatery is now open in Cary.

Newk’s is a fast-casual chain restaurant based in Jackson, Mississippi that specializes in Southern-inspired, made-from-scratch soups, sandwiches, salads and pizzas for lunch and dinner. The new Cary Newk’s is located beside the Goodberry’s on Kildaire Farm Road and takes the place of the restaurant that was there before it – the Hibernian Irish Pub.

Though the original building still remains, its 4,700 foot space has been transformed. Hibernian had a black exterior and a cozy, dark interior, while Newk’s is bright and open. In fact, I barely recognized the restaurant when I walked inside for a media tour last week. Between an outdoor patio, the dining room and a sun room, the Cary Newk’s will seat 208.

This design, called “Generation Two,” is brand-new for Newk’s, and this Cary store is only the second of 98 stores to feature it. The natural light and green and yellow color schemes in the store are meant to reflect Newk’s focus on fresh ingredients.

Newk’s plans to open six additional restaurants in the Triangle in the coming years.

Newk’s has some distinct features that make it stand out from many other fast-casual establishments. 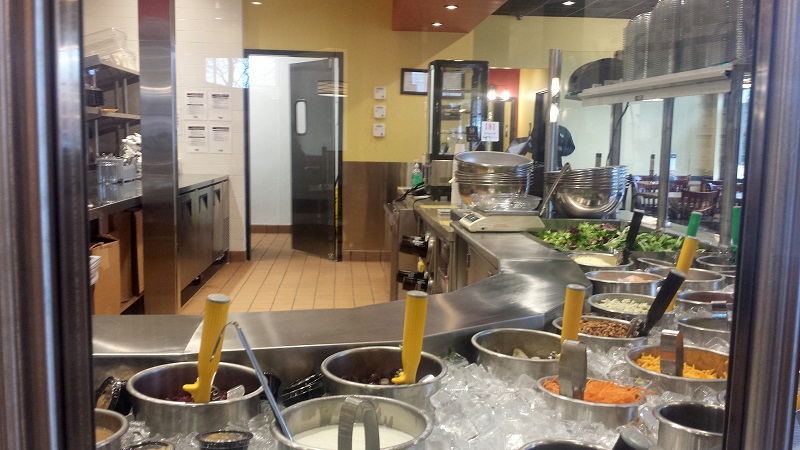 The Newk’s design features an open-view kitchen. This means that, after they order, customers can watch as their food is prepared right in front of them. Last week, I watched as a salad was constructed from a line of vegetables, meats, cheeses and salad dressings and tossed right in front of me. All of the veggies are cut in the restaurant, and all the salad dressings are made from scratch there, too. What really interested me, though, were the quality meats. 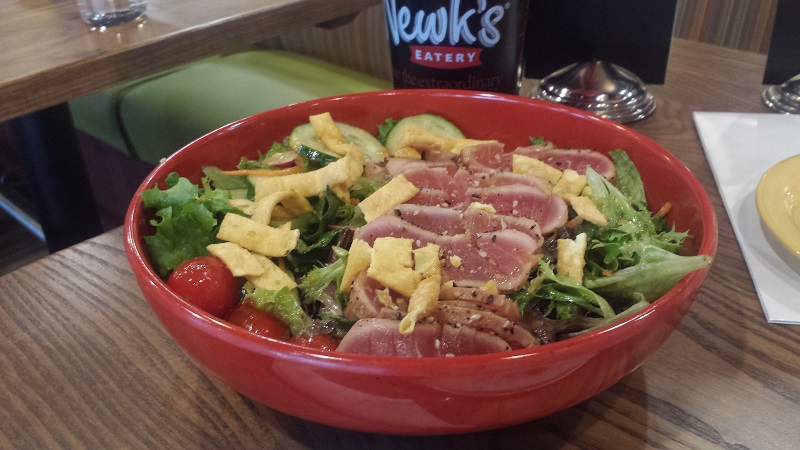 On Newk’s salads, sandwiches or pizzas, customers have the option of adding a protein – like grilled chicken breast, shrimp, portobello mushrooms, salmon, steak or sushi-grade ahi tuna. Unlike at most fast-casual restaurants, these quality meats – which are all marinated, grilled and hand-sliced right in the Cary kitchen – can be served medium or even medium-rare.

Of course, if customers want their meats well-done, that’s always an option, too.

Options for People in a Rush

Newk’s also has two very distinct stations – one is called a “Grab n’ Go” and the other a “roundtable.” Every morning, Newk’s team members build fresh salads and sandwiches and place them in the Grab n’ Go cooler that sits in the dining room. If folks need a quick lunch, they can walk in, grab a meal and pay for it and walk out – all in under two minutes. 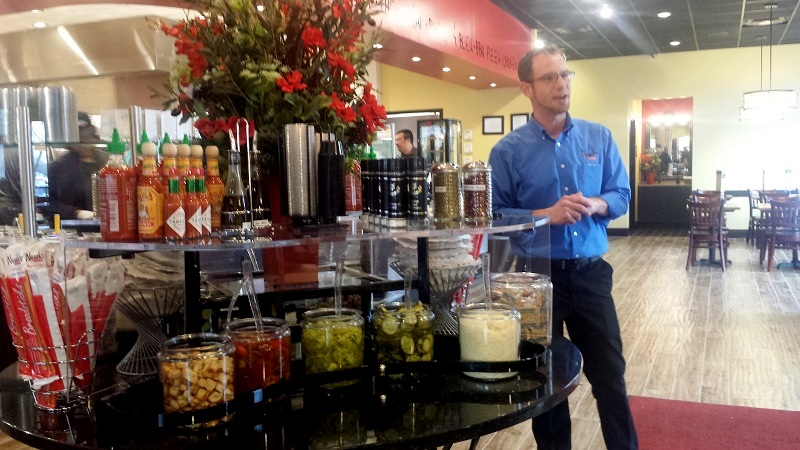 Robert, the restaurant’s GM, shows us the roundtable.

There’s also something called a roundtable right in front of the Newk’s registers.

This is a station stocked with house-roasted croutons, cherry peppers, bread and butter pickles, imported parmesan cheese, Italian breadsticks, seasonings, hot sauces, sriracha, olive oil, cherry vinegar, balsamic vinegar and more. Customers can use these once they get their food or snack on them right when they walk into the restaurant.

What’s on the Menu?

The menu focuses on salads, soups, toasted sandwiches and pizzas – all made from scratch in the restaurant. 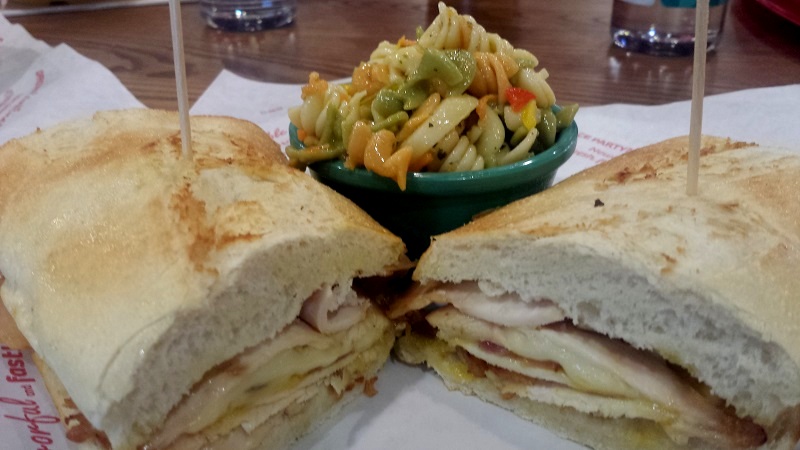