This TRBL game was a near repeat of the game the High Point Heat and the Cary Invasion played earlier in the season, with the Invasion remaining firmly in control from tip-off to final buzzer.

That’s not to say the Heat didn’t give the Invasion a game – High Point battled back a couple of times to give Cary a fright but, despite the minimal attendance due to the ACC and NCHSAA Championships being played concurrently, it was simply a case of Cary’s “home court advantage” making the difference.

For Cary, the game could have been called the “Wright-Callwood Show.”

Game-leading scorer guard Paul Wright controlled the game, delivering 44-points (nine of them 3’s), while power forward Rodney Callwood added 24-points from the floor and 12-points from the line for a season high 36-points. Guard Raheem Jalliffe contributed 17 more (four of them 3’s) and point guard JJ Barbee finished-up with 11-points and 13-assists. Wright, Barbee and multipurpose guard Jeff Legree each scored 5-points from the line. The Heat came on strong in the fourth quarter, but it was too-little-too-late, and after the dust had settled Cary pulled it out 125-112. 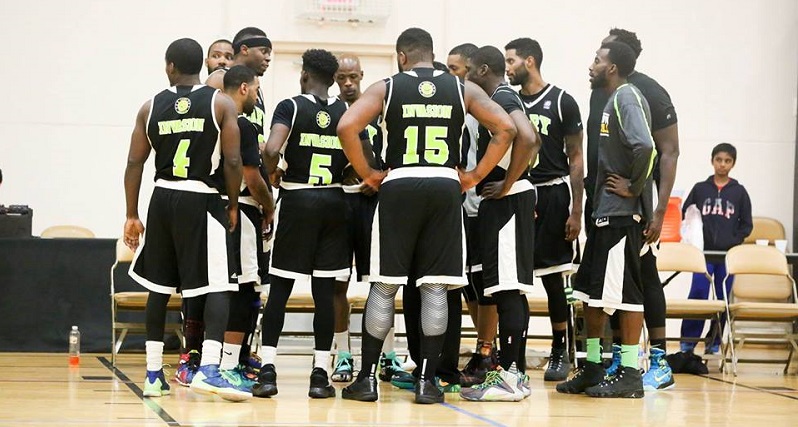 If Invasion utility guard Paul ‘Tay’ Wright continues to compile the points, as he has all season, he should be a League candidate for Player of the Year. The veteran pro player has been a TRBL All-Star standout since joining the Invasion.

And, at halftime, those fans in attendance were treated to a dance presentation medley given by Durham’s Ninth Street Pop Squad. Plenty of cell phones were filming the Squad’s highly choreographed performance, giving them a huge round of applause when completed. The Pop Squad was created by former Invasion dancer Erika Vinson who, although quite pregnant, led the all-women team through their kicks, jumps and flights.

One other note of interest – it is becoming increasingly gratifying to see a number of youth regularly lined-up to fist-bump, palm-slap and generally offer words of encouragement to the Invasion players and coaches as they enter and exit Kay Yow Court.

The next scheduled game for the Cary Invasion (9-7) will be Saturday, March 19, 2016 when they host Greensboro (0-0) in the Cobras’ first TRBL game of the season. When these two teams met last season, Cary prevailed 130-98.