Cary, NC — The Cary Theater is becoming something of a home to first screenings of indy films. This Sunday, experience the excitement of a movie premiere with the first exhibition of Son of Clowns.

Son of Clowns is a microbudget film written and directed by Raleigh native Evan Kidd. “It’s the story of a guy who’s coming home, to North Carolina, and is trying to figure out what home really means,” says writer & director Evan Kidd about his first feature film, Son of Clowns.

The film follows Hudson Cash, a television actor who has returned home to North Carolina after his show was canceled in L.A. He is trying to reconnect with his family and figure out how to move forward in his career, but his family comes with their own baggage. Hudson’s parents are clowns who operate a backyard circus on the brink of bankruptcy.

As Hudson navigates his family’s quirks, he develops a relationship with Ellie, a clerk at the local balloon shop. Hudson’s problems, however, are bigger than a canceled show, and how he deals with them will determine whether he ever moves forward with his life and career.

Son of Clowns was shot exclusively in North Carolina and features a soundtrack of all North Carolina musicians. It was filmed in only 10 days in June 2015, often requiring 12 or more hours of shooting a day. The entire cast and crew contributed on a volunteer basis. “Everybody who came and was part of this film did it for the love film,” says producer Bradley Bethel.

The film stars Adam Ferguson and Anne-Marie Kennedy. Ferguson grew up in North Carolina and is a former member of the rock band Alesana. Kennedy was also raised in North Carolina, is a 2015 graduate of East Carolina University’s acting program, and is now working as an actor in Atlanta. In addition, Son of Clowns features professional wrestler Rob Kellum, better known as The Stro. 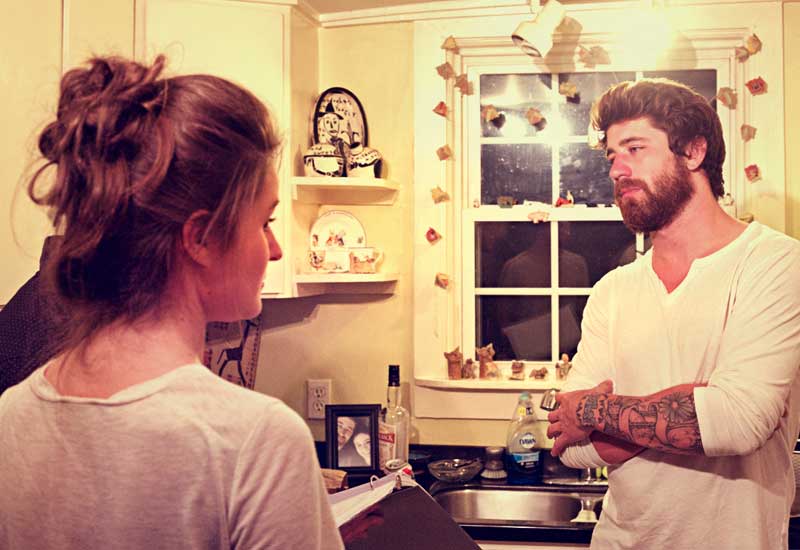 Kidd is a Raleigh native who graduated from East Carolina University in 2014. His previous films have screened at multiple film festivals and include the documentary “Spazz Out!” and short films “Displacement Welcomed” and “You Wouldn’t Expect.”

After a successful IndieGoGo crowdfunding campaign to cover the costs of film festivals and distribution, Son of Clowns will premiere at The Cary on April 3. The premiere is being sponsored by The Cary, Triangle Film Community, and Local Film Talk.

Tickets available at the box office or visit TheCaryTheater.com.