Cary, NC – When first meeting David Prins, one may not suspect the rolling suitcase he carries contains a working computer. But through some hard work and ingenuity, Prins has managed to turn his desktop computer into a unique mobile work station.

Opening up the suitcase, Prins unpacks his monitor, keyboard and mouse, all of which hook up to a Mac Mini contained inside the case.

“I’d been using the Mac Mini for a while and I prefer it to a PC,” Prins said. “But I wanted to make it portable.”

Prins, who keeps the books for CaryCitizen through his company Mindful Financial,  was stuck with a shoulder-strap carrying case for all the components, as well as all the cords that came with it. But it was unwieldy and difficult to set up as he went from appointment to appointment for clients.

“Now, it’s all contained and when I’m done, I only have to pull that big cord and the power cord,” he said.

Inside the suitcase, the bottom is lined with a wood base and there is a metal beam running through it for structural support. There are holes cut into the sides to allow cords to reach out and a clear plastic window so Prins can see inside. The Mac Mini itself is attached to the bottom with industrial velcro, which Prins said was a “surprisingly easy” process.

“The whole process started a month ago but it took about a day and a half to all put together,” he said. “It went smoothly.” 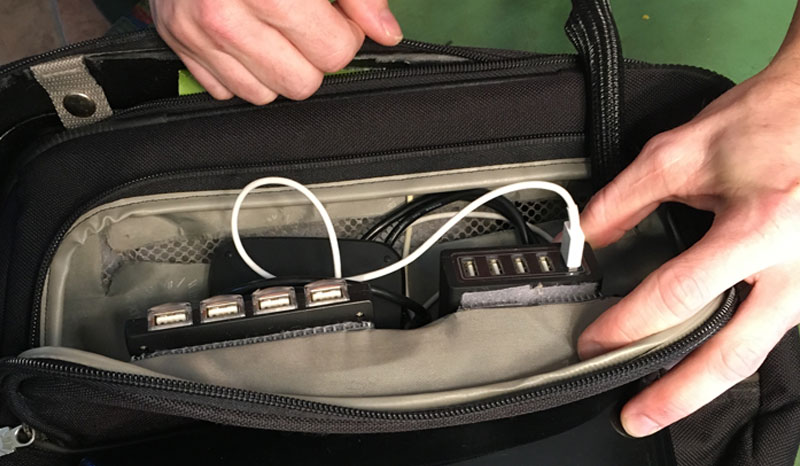 Along the way, Prins said one issue was when he used rubber cement to seal everything in, the resulting fumes meant it had to be stored outside temporarily.

“The suitcase was old so it already had a smell that made it not good for clothes,” he said.

And even now that the project is complete, Prins says there are still some issues. For one, his portable computer has to shut down whenever David unplugs it to move somewhere else.

“I have a surge protector that’s supposed to have a battery back-up included,” he said. “But that doesn’t work.”

Another problem is the 19-inch monitor Prins uses does not fully fit inside the suitcase. The monitor also contributes significantly to the whole ensemble’s 35-pound weight. 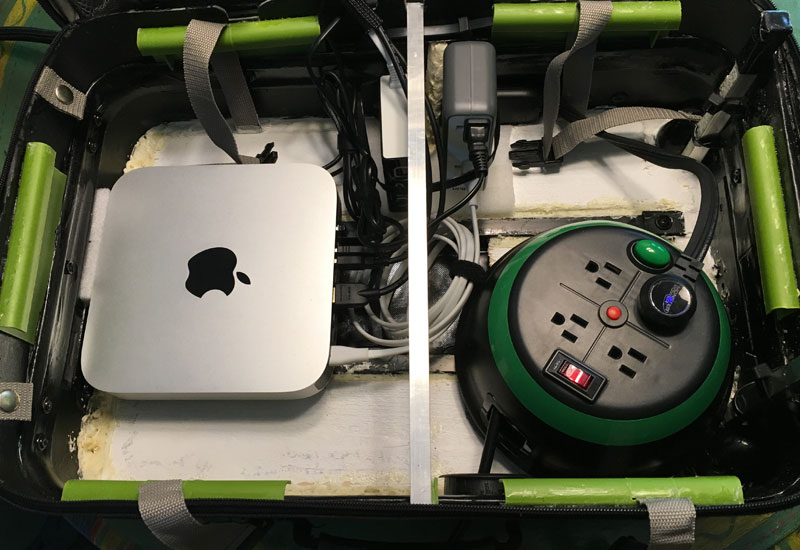 But the suitcase’s existing designs make it easy to store Prins’ second screen and other cables. One large pocket on the top even unzips to reveal two USB strips he has connected to the Mac Mini.

“When people see it, they think the monitor is the whole computer,” he said. “They don’t realize the Mac Mini inside the suitcase is doing everything.”

In the meantime, Prins has found other ways to update his creation, namely the addition of a new bluetooth keyboard that is also solar-powered, all in the course of cutting down on cords.

Despite all the work put in, Prins said he would eventually switch to a traditional MacBook but pointed out one advantage to housing his computer in a piece of luggage. 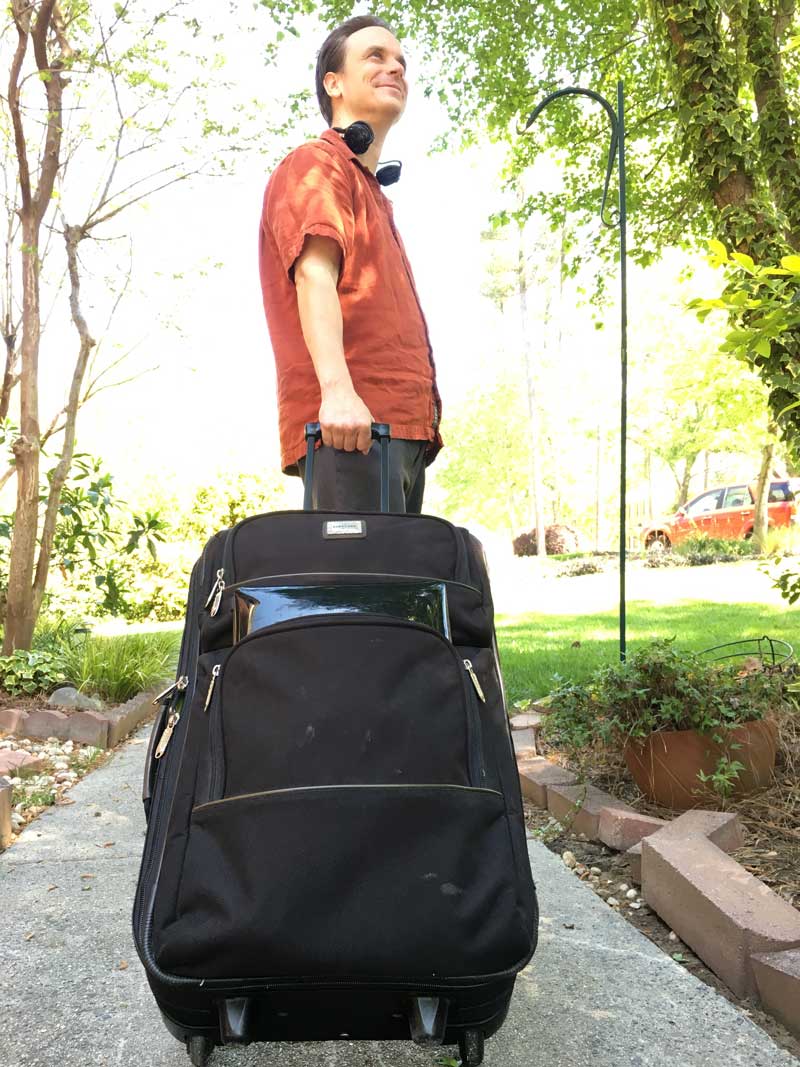