Myrtle Beach, SC – Three students at Green Hope High School took home big prizes for their singing ability as they won in several areas at the district championships for the Barbershop Harmony Society.

The three students – Michael Friedrich, Adrian Lopez and Daniel Ramsey – are part of the quartet No Strings Attached and won both the Youth and Novice quartet championships for the North Carolina/South Carolina district. Included in the quartet is Michael Adams from Durham.

The four have been singing together as a quartet since last Fall but also sang in the Heart of Carolina Chorus in 2015, which won the district championship that year.

At the district championship, all four members of No Strings Attached also sang as part of the 25-man Heart of Carolina Chorus, which won honors in the choral competition again, though this year the chorus participated in the Plateau AA category.

No Strings Attached also won the write to compete in the Barbershop Harmony Society’s International Convention in the Youth category. That convention will be held in Nashville, Tennessee in July 2016.

The quartet members are coached by Bill Adams, who also directs the Hearts of Carolina Chorus, where you can find more information on the group. 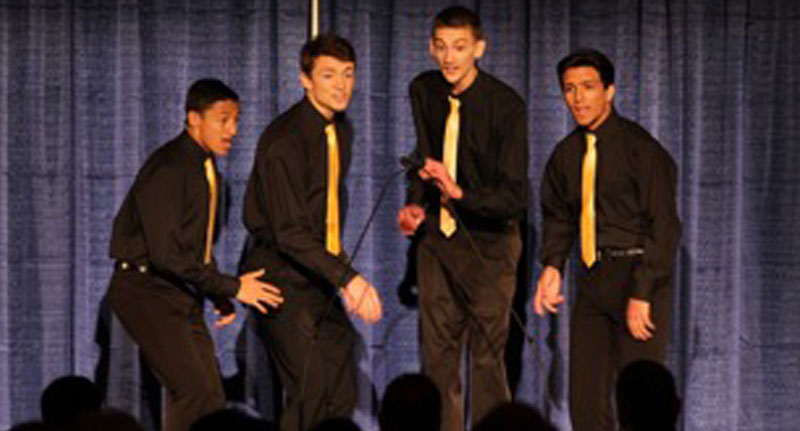