Cary, NC – Why is the construction on Academy Street taking so long? One of the reasons is the discovery of massive electrical lines buried far too close to the surface.

One of the unexpected things found under Academy Street were power lines that chief contractor Marty Thompson said were not buried deeply enough.

“There are two lines running parallel on the east and west side of Academy Street,” Thompson said. “They show up on the plans but there’s no reference to the elevation. What we found was they went against the code when it comes to depth.” 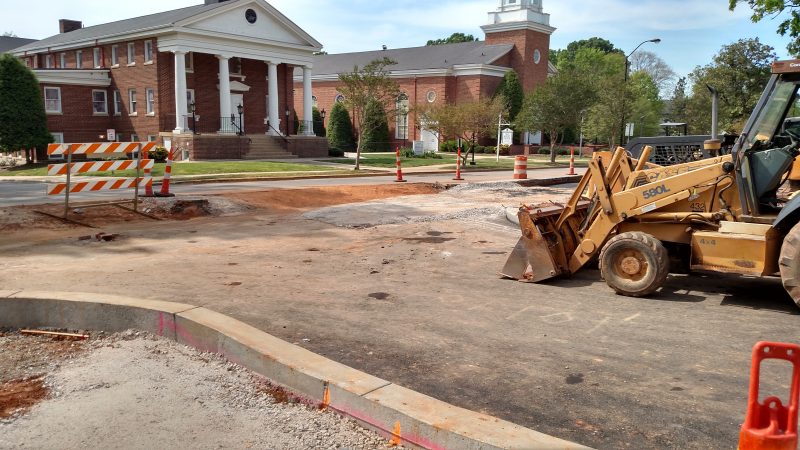 Shallow power lines ran down Academy Street, from Jones House to Serendipity. Lines are set to be relocated by May 9.

Thompson said while his crew was working on the east side of the street, they started hitting conduits sooner than they should have. They did excavations on the west side and found the same thing.

“They were right under the asphalt,” he said. “And they were 750 kV. If someone hits that, it’ll kill someone.”

These lines would have been installed in the late 1990s by Duke Progress. Thompson said employees from the company came in to investigate. Relocating the lines – and lowering them three feet into the ground – caused the power outage along Academy Street on April 14.

The complete relocation of both lines should be finished May 9, 2016. Thompson said the power lines were hit on Dec. 19.

As construction on Academy Street moves north, residents will see the Academy/Chatham Street intersection close as other patches of the road open up.

Starting May 16, traffic through the Academy/Chatham Street intersection will be closed from 7 PM to 7 AM

The intersection will be also be closed from Friday, 7 PM until Sunday, 7 AM.

Traffic will be detoured through Harrison Drive and Chapel Hill Road.

Kyle Hubert, senior engineer for the Academy Streetscape project, said the goal is for the intersection to open back up in August but added there are lots of utilities in the area that could slow down progress.

“We found lots of things when we worked on the south end of Academy Street,” Hubert said. “We’re doing preliminary investigations now so there could be some surprises.”

While the Academy/Chatham intersection will be closing, Hubert said the intersection at Academy/Dry will be opening to regular traffic.

“We’re making good progress on Academy and Dry,” Hubert said. “We hit the AT&T line around there and that took longer than anticipated.”

Thompson added that they did not know the AT&T line was as large as it was.

“There’s lots of moving pieces,” he said. “We’re going for accessibility in the south part of the street before the north.” 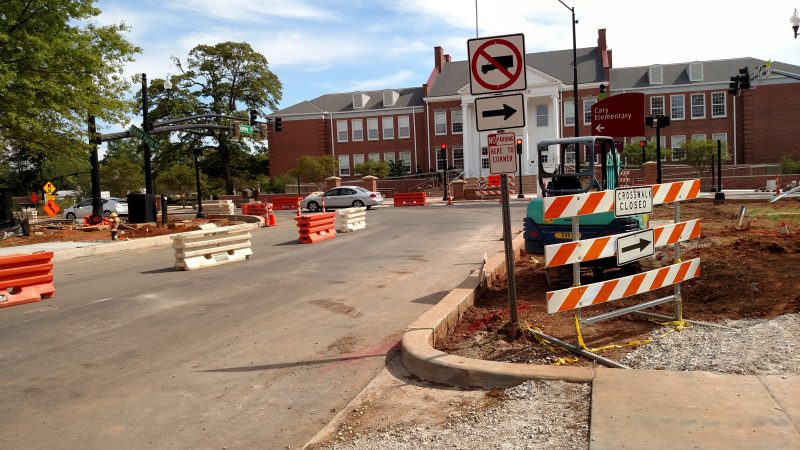 The Academy/Dry Street intersection is set to open back up in May to correspond with the Academy/Chatham closure.

Hubert said the Academy/Park intersection will open after the Dry intersection, likely in late May. But he added that he is more confident about the opening at Dry Street. 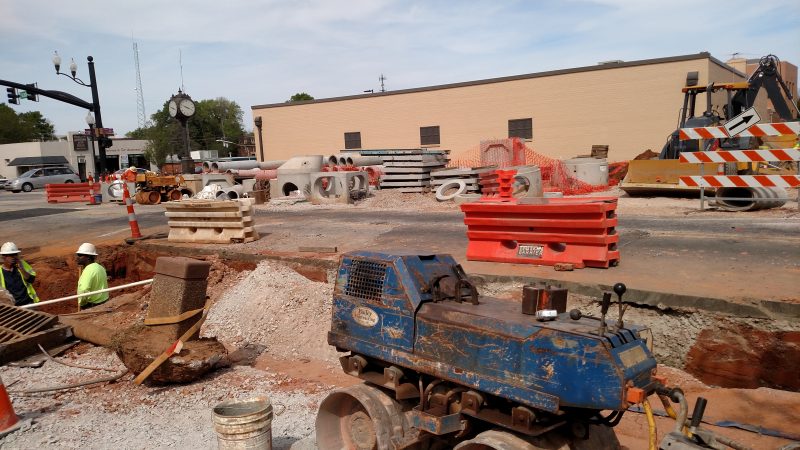 Construction at Academy/Chatham Street will close the intersection during nights and all day Saturdays from May until August.